GREELEY — It has been a long time coming for first year Holy Family volleyball coach Jenna Gallas and her girls.

The hurried pace of tryouts to for a varsity team in a little over a week. The anticipation of playing their first match last week only to have it interrupted by positive test from the opposing team. And finally, after a week of inter-squad scrimmages, the Tigers finally got a chance to take a little bit out on an opposing team.

And for one game on Thursday night, the Tigers looked like world beaters, blitzing the host Greeley Central Wildcats 25-5 in the opening set.

“It was a little shell shock,” Gallas said.

“I learned that we have a lot of work to do in some areas, but there were a lot of strengths in others,” Gallas said. “It was good to get one under our belt so that we can kind of know where are starting point is.

“We played a very stout defense tonight, and I think we learned as a group, we are going to have to earn every single point and it is not just going to come easy.”

As mentioned earlier, the Tigers made things look really easy in the first set. The were up 5-3 early on and then went on a 9-0 run  followed by a 10-0 burst to close it out. It wasn’t so much of what the Tigers big hitters — Anna Hodell, Toni Schafer and Makenna Bertsch just to name a few — were doing, but more about the mistakes the Wildcats were making in their first match too.

But the hosts regrouped midway through the second set. The Wildcats were down 16-10, the promptly went on a 15-6 run against the Tigers to even the match.

“I think we also learned that it is going to take a lot of aggression,” Gallas continued, “And not every point is going to come as easy as it may seem.”

Holy Family restored order in the third set, jumping out to a quick 11-2 lead that saw them lean heavily on Hodell, a junior outside hitter — who did not play in the second set. And despite the fact the Wildcats seemingly got to every ball, the Tigers were patient offensively and picked their spots to take the lead 2-1.

The Tigers fell behind 5-0 in what proved to be the final set, but just had too much offensive firepower for Greeley Central to deal with and closed out the match in style, 25-17.

“It feel absolutely amazing,” said Gallas about win No. 1 for her as the programs coach. “When you actually get to show what you have been working on, it helps you celebrate your successes and also work on your weaknesses.

“And when you only compete within yourself, even within this COVID world, within your own team, it was just nice and rewarding to see the work that we have put in and the good that has come out of it, but also the areas for growth.”

Holy Family will have the weekend off and be back at it on Monday for a rescheduled match against 5A crosstown rival Legacy at 6 p.m. 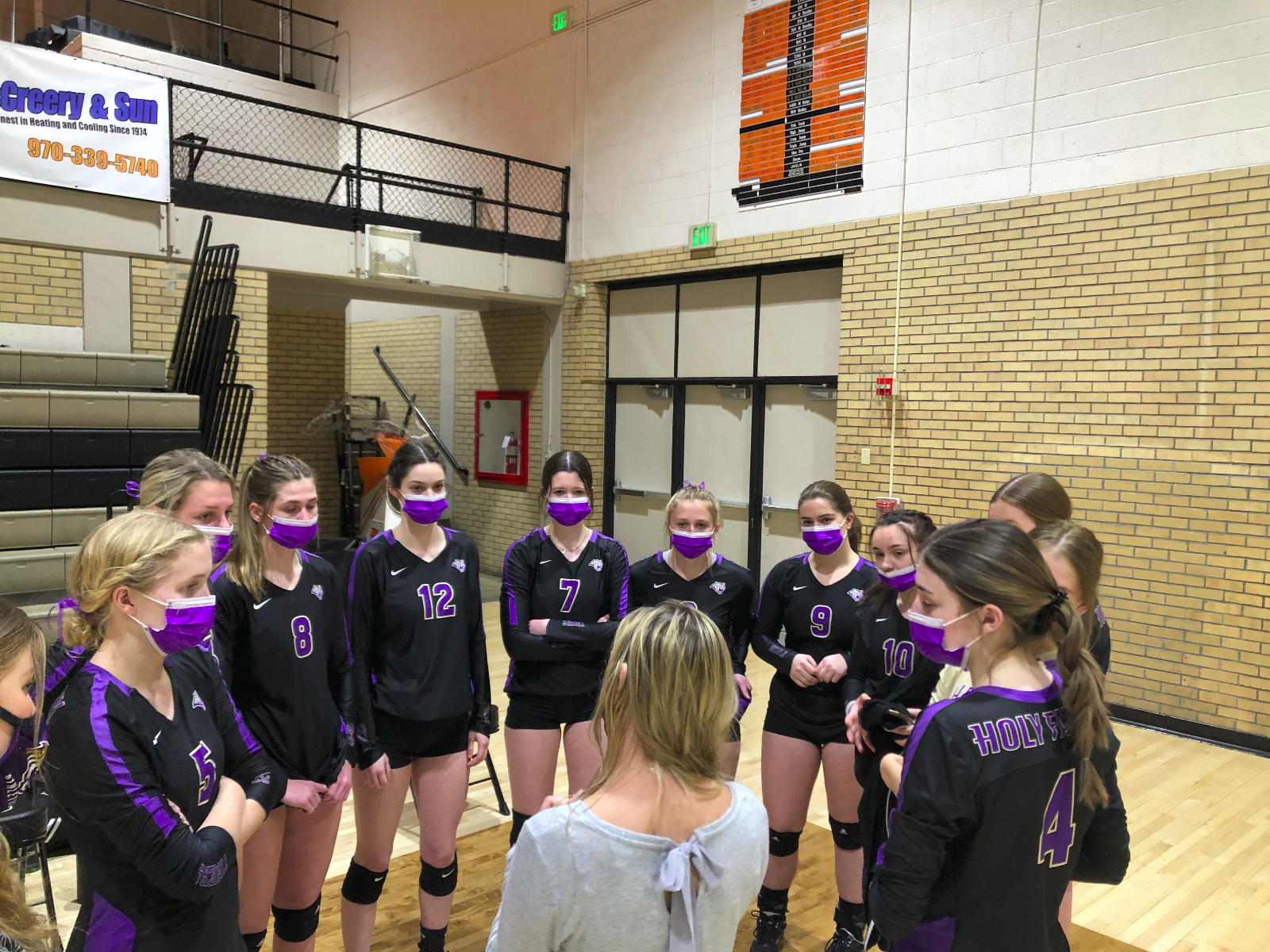