They had put the previous year’s disappointment behind them and were ready to prove that the 2021 Tigers were a Class 5A/4A game day finalist.

And as they sat in the parking lot of the Broadmoor’s World Arena, knowing that they had performed their best routine — one that had zero deductions — they felt pretty good about themselves. They stood in a circle by Nash’s car and listened for their names to be called back to the arena for finals, only to not have it said. Their preliminary score of 78.50 was 14th best out of the 33 teams competing and not enough to make the top nine.

“We redeemed ourselves with the zero reductions from last year,” Nash said. “We felt really confident that we were going to make top nine.”

Valor Christian ultimately won the discipline with a finals score 96.95 points and Smoky Hill was second with 91.10.

It’s yet another tough pill to swallow for Nash and her girls, but fortunately for her, her squad is still young and they will learn from this and use it to get better next season.

“We just build from there and come back next year and try to take that top spot again,” she said. “They did an amazing job. They have nothing to be sad about. I know it is sad right now, but there are only so many teams that can make finals.”

In the quirky year that has been rattled by the pandemic, the cheer season doesn’t end with the state meet. No, the Tigers still have a month to go and will have a chance to repeat as league champion in the coming month at the still-in-the-works Northern Colorado Athletic Conference championships.

“We want to do defend that,” said Nash, who doesn’t think she will have any trouble motivating her squad. “Oh, they are already motivated. They want to make sure they win back-to-back league championships, so they are ready.”

At The Broadmoor World Arena 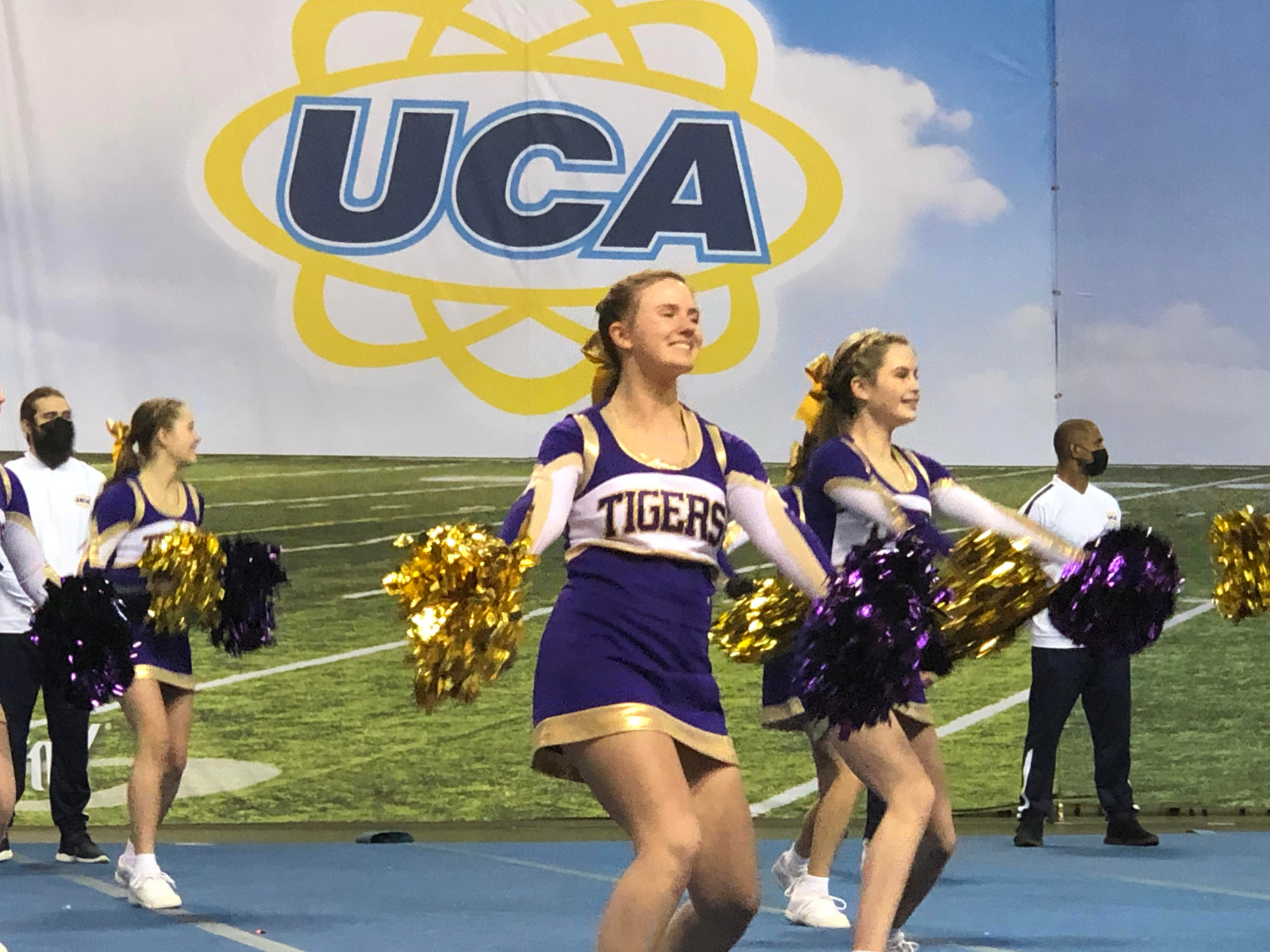