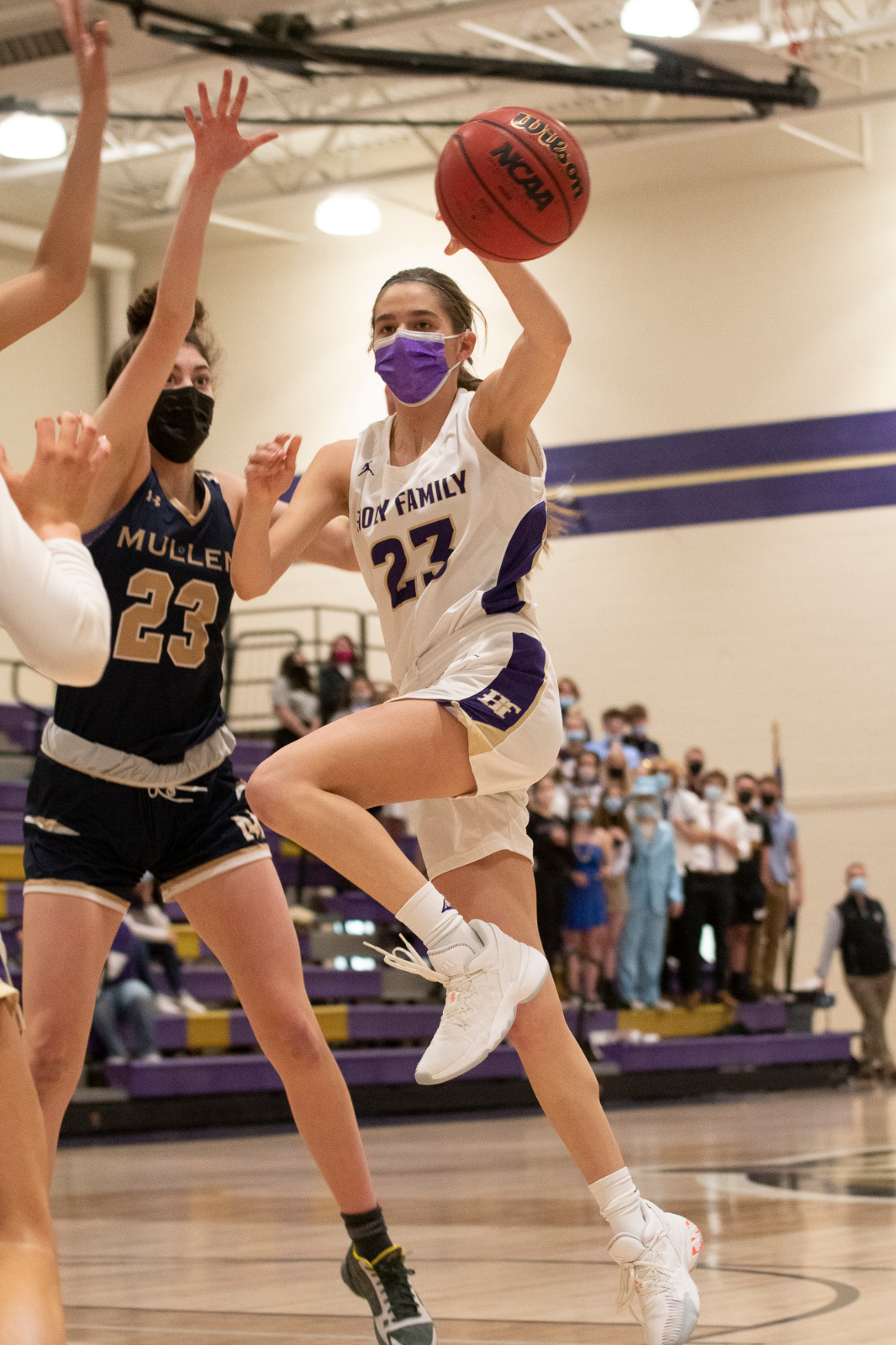 BROOMFIELD — Ron Rossi has forgotten more basketball than most of us have ever seen in the illustrious coaching career that dates back to the 1970’s.

But one thing is for certain, “That’s the best team I’ve ever played in all my years of coaching,” he said.

Rossi was talking about the Mullen Mustangs, who came to Holy Family on Thursday night for a Final Four matchup against the top-seeded Tigers and promptly dismissed us from the tournament with a thorough 75-50 victory.

“They just have so many weapons, they are very disciplined, well coached and very patient,” said Rossi, whose team finished the pandemic riddled season 13-2 with bookend losses to Lutheran to start the season and Mullen to end it. “Definitely one of the best clubs I have ever played against  and I’ve been coaching 50 years.”

Fourth-seeded Mullen (16-2), whose only losses were to nationally-ranked Grandview, will advance to Sunday’s state championship game against Windsor at Colorado Springs’ World Arena at 3 p.m.

In a game that was eerily reminiscent of two years ago when the teams met in the same round at the Denver Coliseum that saw the Mustangs jump out to a 19-0 lead, Mullen jumped out to a quick 14-0 lead in the opening 3:51 of the game and never looked back. The Mustangs simply didn’t miss and the dynamic duo of senior Megan Pohs and junior Gracie Gallegos did most of the damage, scoring 16 of the teams 18 first quarter points.

And they did it against a Tigers defense that was content to let them set up in the half court offense and not press to open up the court more. It didn’t matter.

Mullen also did a number on the Tigers defensively in the first half. They made it hard for the Tigers and their sharp-shooters Alyssa Wells, Daniella Hren and Tyler Whitlock to get anything off from behind the three-point line. 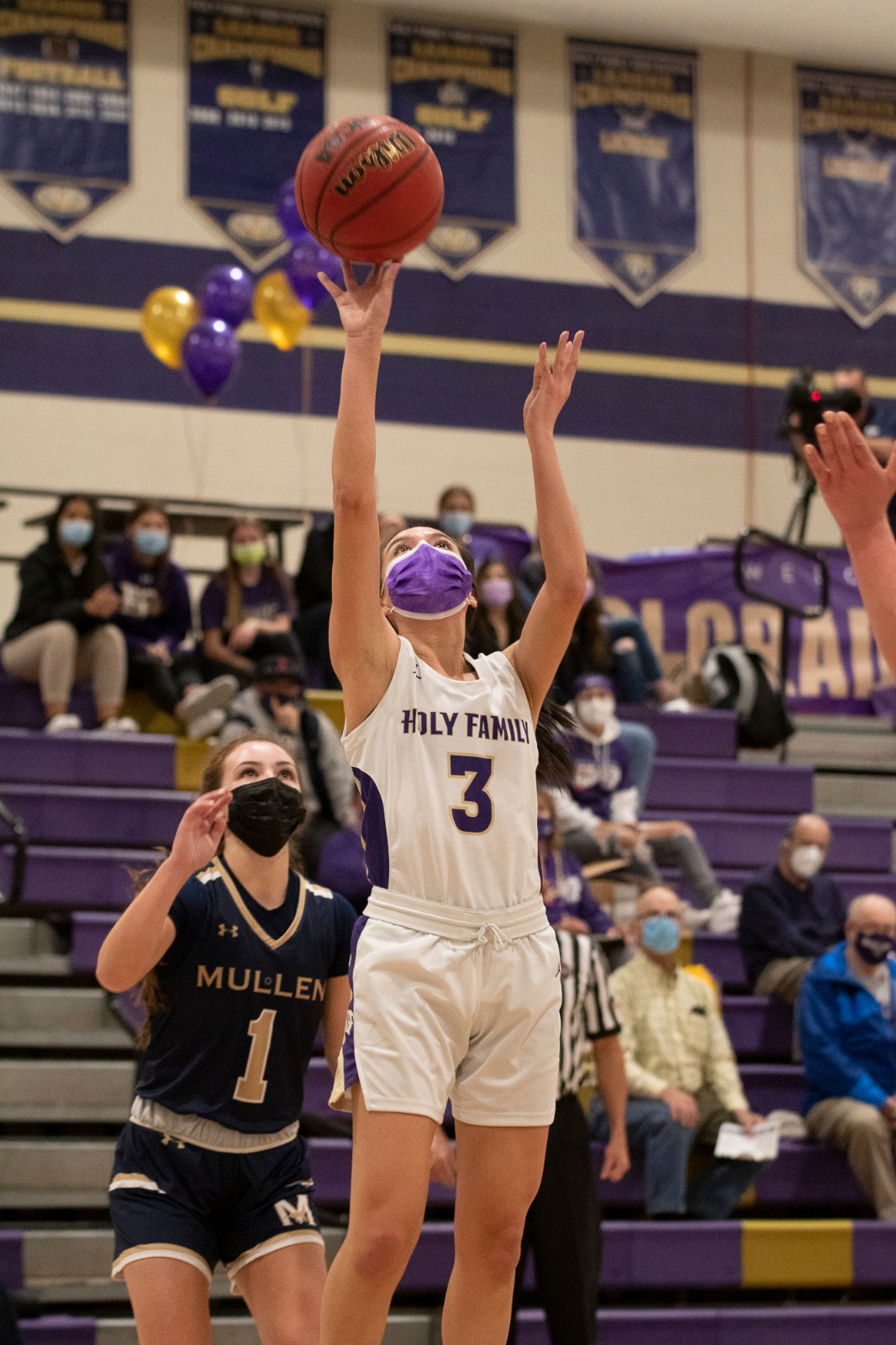 “We just got off to such a bad start and they hit every shot in the world in the beginning and just kept the pressure on us,” Rossi said. “But what a run by this club. Three times in the Final Four and four out of six is pretty outstanding.”

The Tiger found themselves down 45-17 at the half and battled in the second half to keep the game competitive. Wells, one of five seniors — including Whitlock, Hren, Dylan Sanders and Cecelia Aanerud — was held in check in the first half with just two point coming at the free throw line. But the senior went out fighting and scored 20 in the second half to close out her brilliant prep career with 22 points.

Both  Whitlock, who was nursing an injured ankle suffered in the previous round against Central (G.J.), and Sanders scored eight point in the loss.

“What I was really proud of  is that our kids showed pride and they kept working like they were still in the game,” Rossi said. “We competed in the second half.

“(These seniors) are special because the believed in me and they believed in the program and in their teammates.” 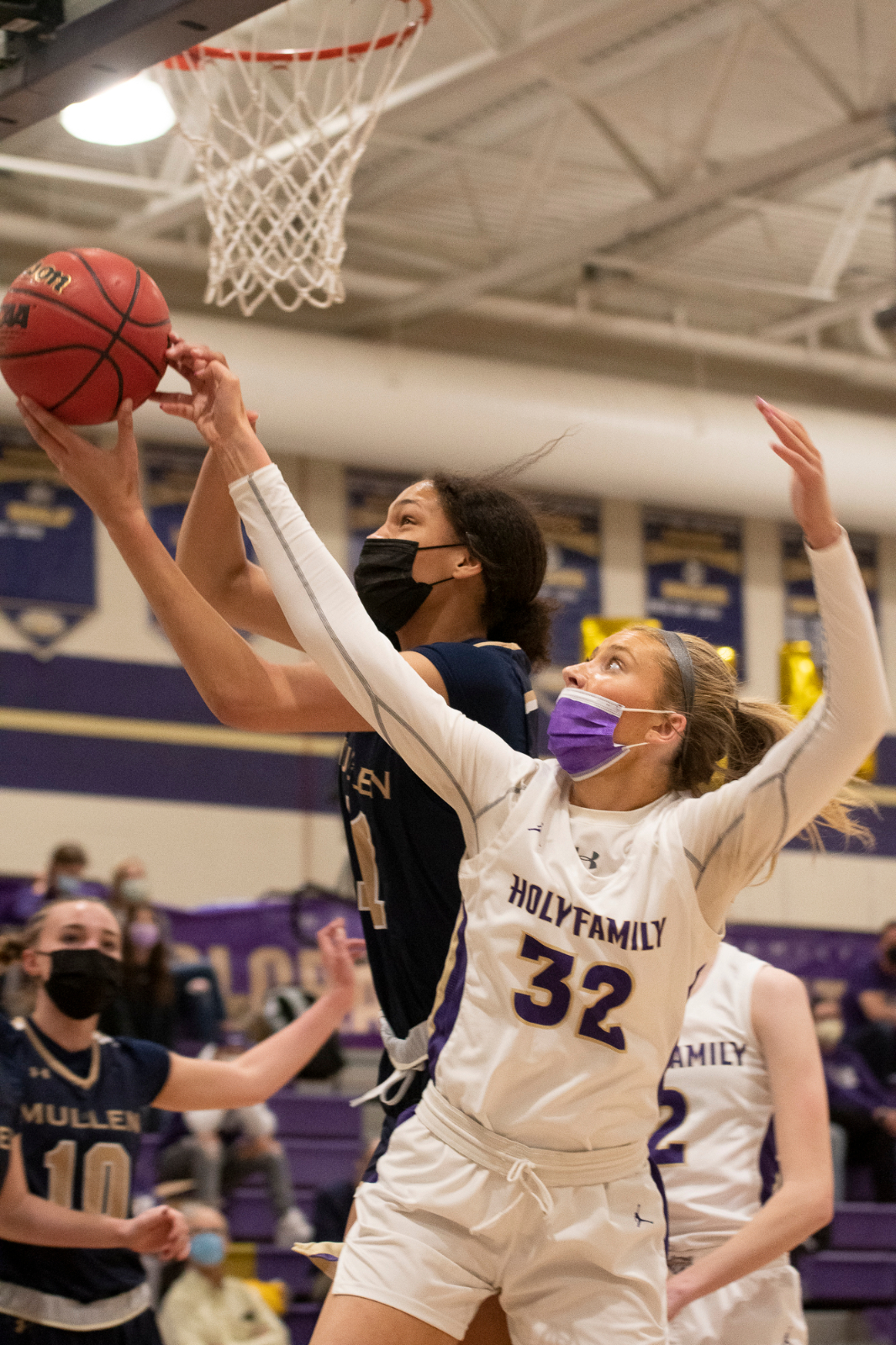