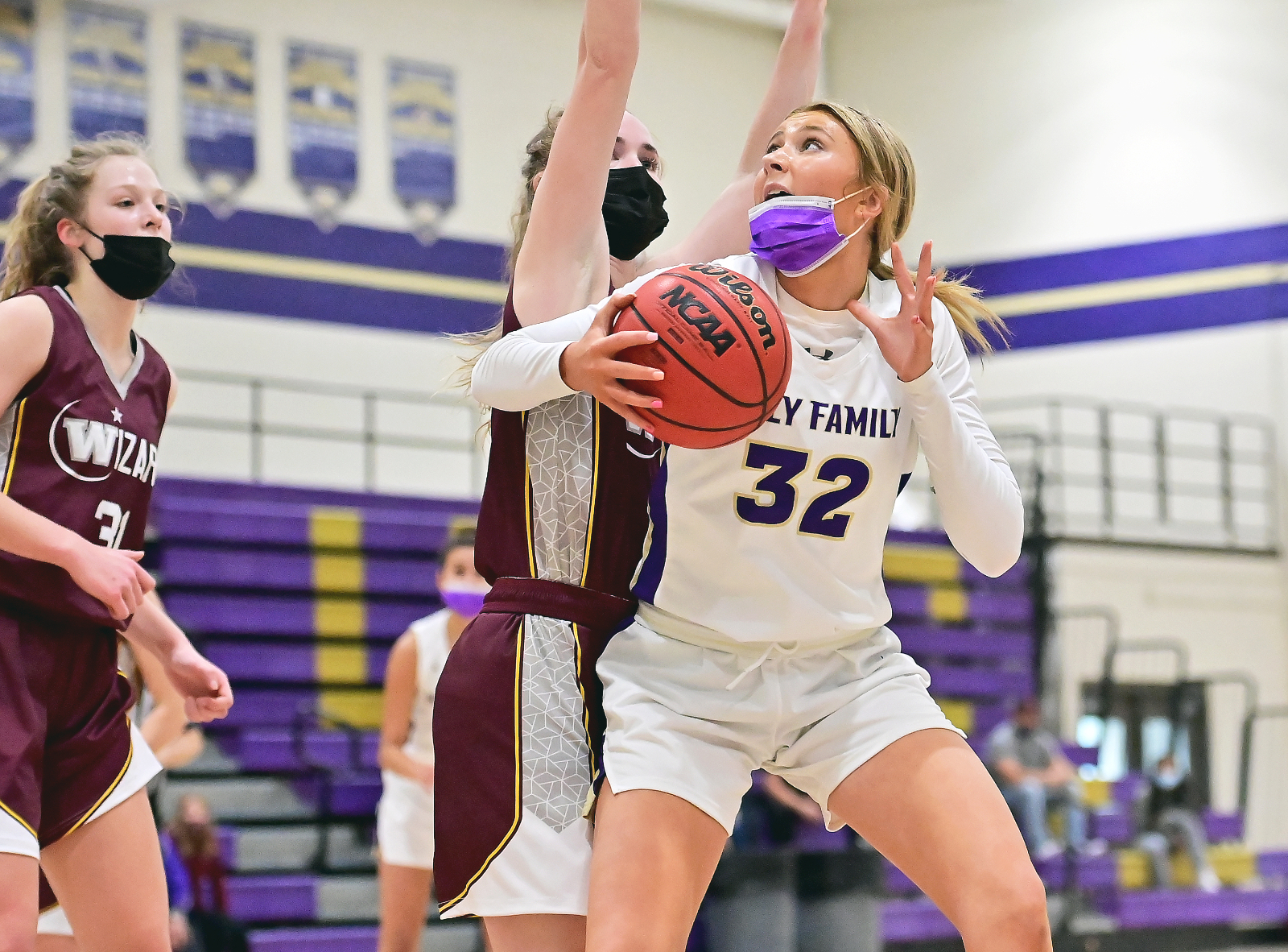 BROOMFIELD — “That was one of those signature wins,” Holy Family girls coach “Rocket” Ron Rossi said.

His girls were down by as much as eight points in the final quarter against unbeaten an No. 4 Windsor on Friday night and found a way. The Tigers tied the game with seven second to go on Alyssa Wells steal and lay-up and then went on to win in overtime 65-63 to take the top spot in the NCAC all by themselves.

“We told them to not back down and go right back at them, because they were physically beating us up.”

Windsor (8-1, 5-1) threatened to run away and hide in the third quarter, where they outscored the Tigers 18-10 on the strength of Jolie Jiricek’s seven points in the quarter.

But the Tigers responded in the fourth. And it was senior Alyssa Wells, who was held to just one point in the first half, who started the rally. She score 10 points in the fourth quarter that culminated with the game-tying lay-up. Rossi got contributions across the board and from his bench, including Mariah Quintana, who hit a big 3-pointer late and freshman guard Essynce Contreraz, whose uncontested dive to the basket caught the Wizards napping.

In overtime, senior Tyler Whitlock — who was instrumental in getting to the paint all night — kept it up and scored eight of her game high 22 points in the extra session.

“I think a game like this will be really good for us in the long run, because after killing all of these teams, we really just needed some competition,” Whitlock said. “And this was exactly what we needed.”

Whitlock said the focus remained on the defensive end when it was in crunch time and not only did the steals come, but so to did several block from Cecelia Aanerud and Whitlock herself.

“All of us were trying our best to get the turnovers and deflections and everything,” she said. “Focus on the finish and the big thing was rebounds this game. It was high intensity and nerve wracking, but it all worked out in the end.”

In addition to Wells and Whitlock, senior Daniella Hren scored 10 points, all in the first half.

On the boys side, the Tigers, who were coming four straight wins to get to 5-3 — including wins at Longmont and against Erie — dug themselves an early hole against the No. 2-ranked Wizards and just couldn’t climb out of it.

Windsor jumped out to a 19-8 lead in the first quarter and the Tigers kept chipping away into the fourth quarter. But the Wizards had just a little too much in the tank and held on for a 71-65 win to improve to 8-1.

The Tigers clawed back to within 47-43 at the end of the third quarter on big performances from Eric Quintana (15 points), Jackson Ward (eight points) and Esrom Abraha (11 points), but the Wizards size made the rebound game difficult and Windsor just got too many second chance points down the stretch.

Connor Cooney also finished with 10 points in the losing effort for the Tigers.

Both teams will be off until Wednesday, when they travel to Longmont to face Silver Creek. 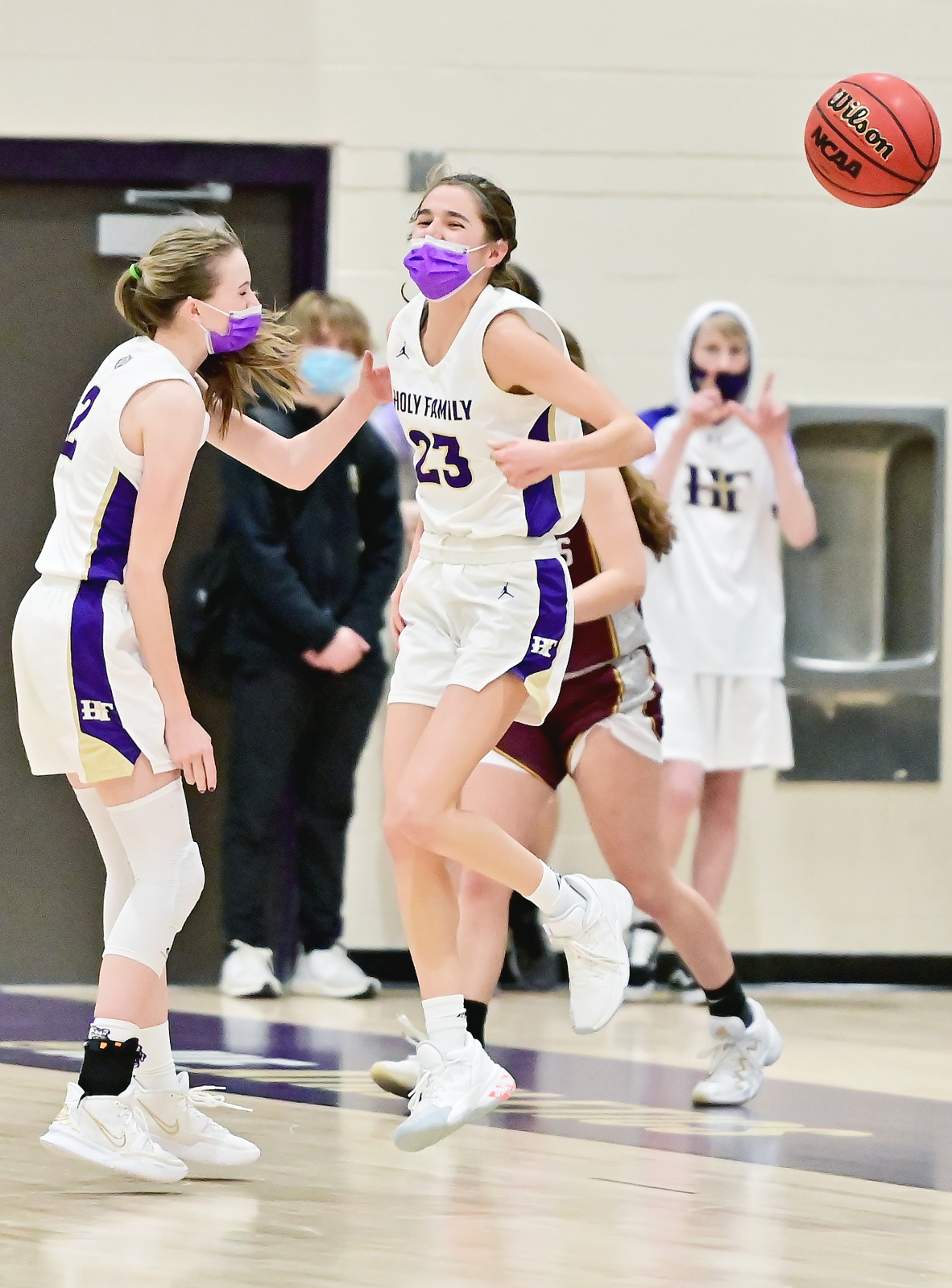