BROOMFIELD — This was probably not how the four seniors — Logan Erickson, Anthony Mauro, Justin Trostel and Benito Hernandez — on the Holy Family wrestling team envisioned their senior night going.

Sure it was a team win, which who are we kidding?, the Tigers needed. But with only four matches, Holy Family hardly got the much needed match time they desperately needed this late in the season.Three of the four seniors got a chance to wrestle against the Raptors and only Hernandez got his arm raised in the 60-12 victory.

Hernandez, who is currently ranked in the top 15 by Tim Yount’s On The Mat rankings at 195 pounds, bumped up a weight class to 220 pounds to wrestle Silver Creek’s Taylor Rees. 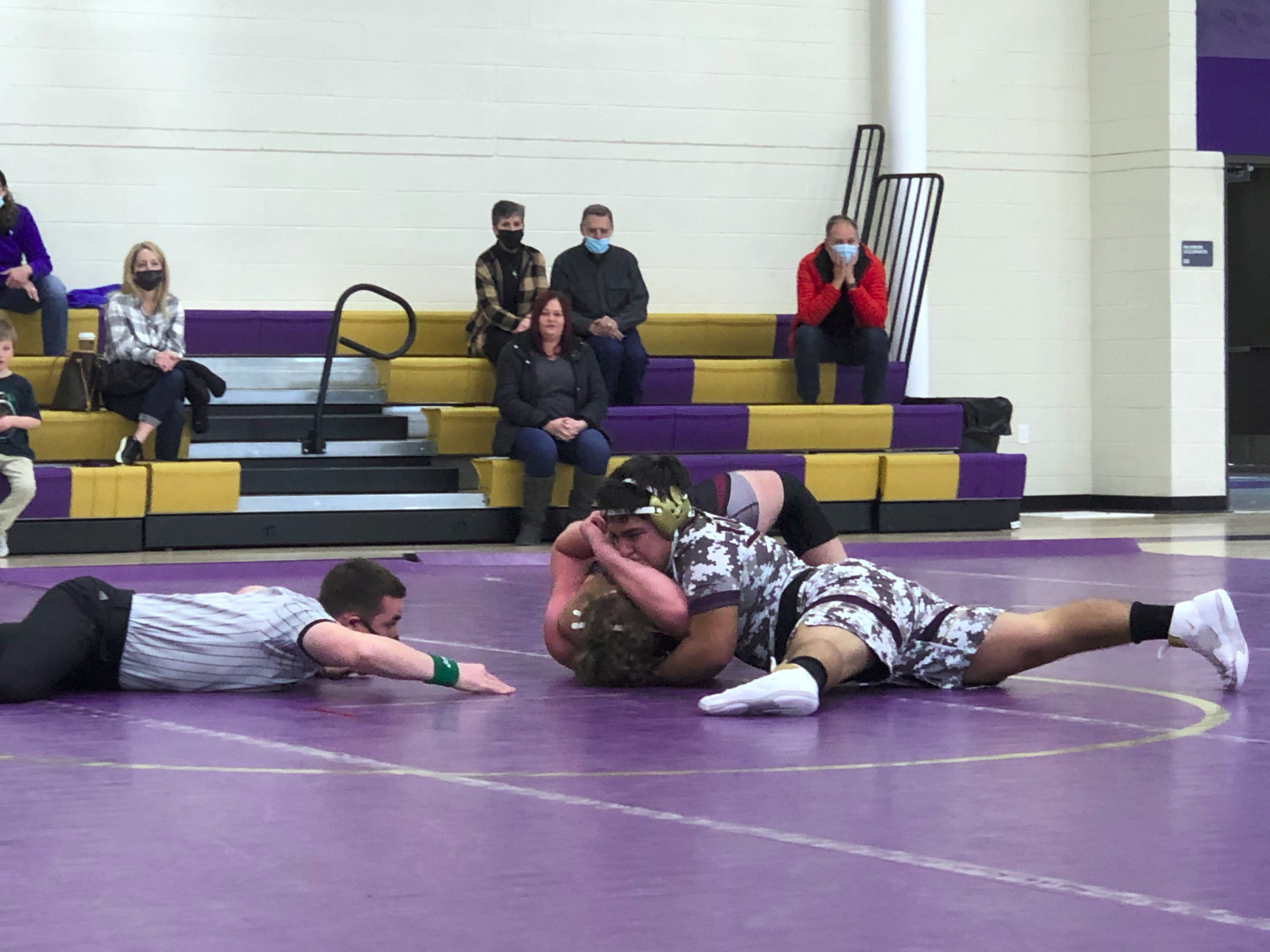 Hernandez was giving up 30 pounds to his opponent and an early attempt to throw the much bigger Rees, Hernandez got caught and gave up a takedown to go down 2-0. But Hernandez, who has yet to lose in his minimal time on the mat this season, got leverage on Rees and scored a revesal that took Rees to his back. The referee hit the mat second later for the pinfall victory at 1:34.

Freshman Brayden Bach also stepped up in weight from 106 to 113 for a match against Silver Creek’s Kyan Reuter. Bach scored a first period takedown and another in the second before winning by fall at 2:57.

Trostel had his hands full against Silver Creek’s Rod Ordonez and had trouble getting anything going against the taller and more lanky Raptor. Ordonez scored a pin for his team at 1:44. It was much the same for Mauro, who lost by first period pin at 1:27 to Pepi Dostal.

Holy Family will be at Skyline on Saturday for their weekly quad dual tournament against the Falcon, Roosevelt and Riverdale Ridge starting at 9 a.m.