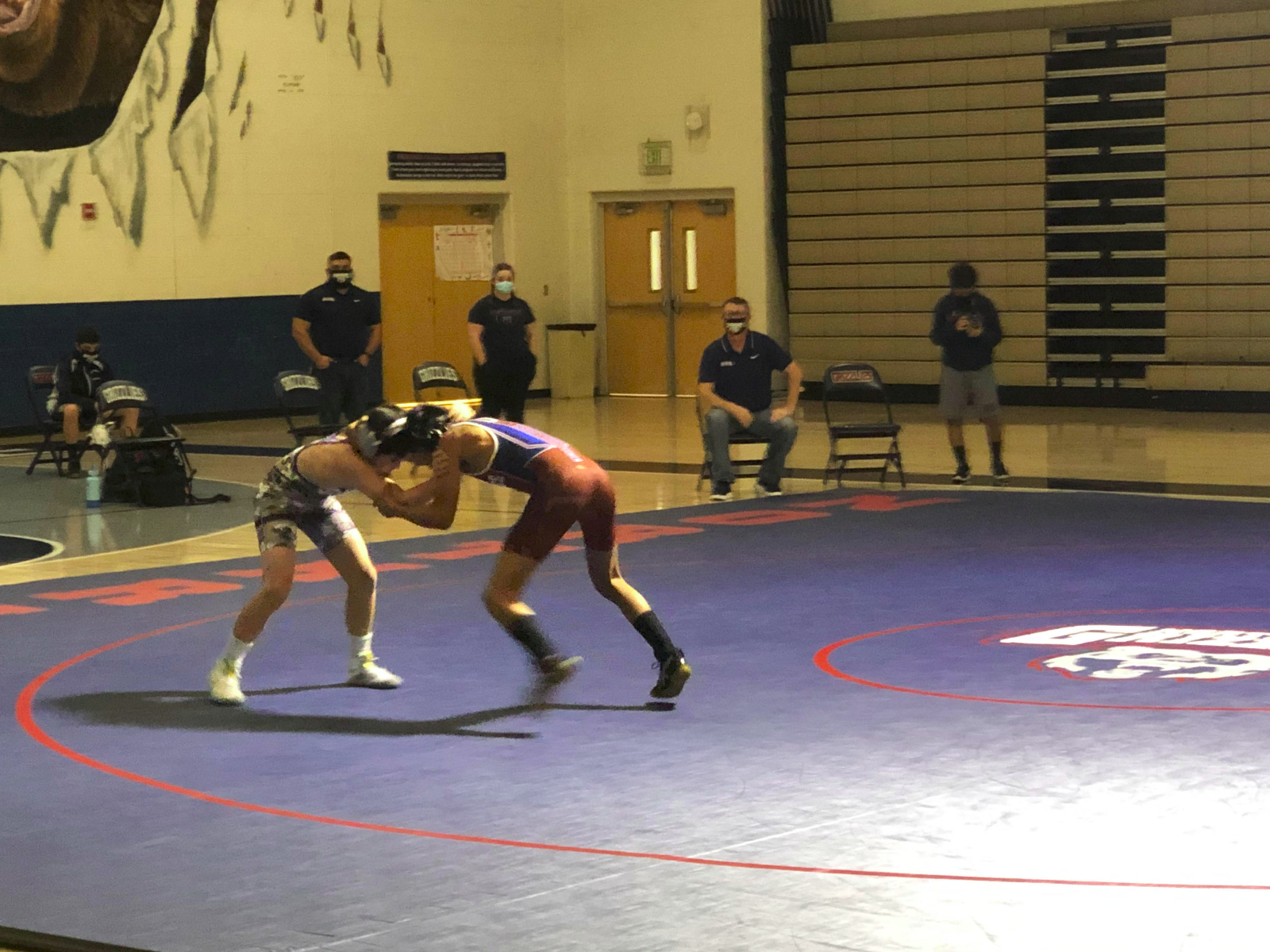 On Thursday night in Greeley the last Season B sport started its season, and the Tigers wrestlers did so in emphatic fashion. Holy Family scored one of its largest dual meet victories in nearly a decade with a 66-12 victory over Northridge.

The Tigers won seven of the nine matches that were wrestled and the highlight of the night might very well have been freshman Dustin Pedro’s nine second pinfall victory over Alberto Vallas at 145 pounds that had the ninth grader jumping for joy moments after the referee slapped the mat.

The Tigers are a mix of a great group of freshmen and solid returners eager to make amends for a season that didn’t end they way they wanted it to in 2020.

One of those aforementioned freshmen was 106 pounder Brayden Bach, who was No. 7 in his weight class in Tim Yount’s preseason On The Mat rankings. Bach had his way Alvaro Pineda with takedown in each of the first two periods before winning by pin 34 seconds into the second period.

The lone returning state qualifier is sophomore Matt McCarthy at 120 pounds. He made quick work of Juan Carlos Martinez, finishing the match at 1:44 of the first period.

Senior Logan Erickson was aggressive from the get-go in his match 126 pounds and had an 8-0 lead after two minutes against Kollin Mondragon. After giving up a takedown, Erickson scored a reversal and got his pin at 3:55.

Xander Brandenburg, at 160 pounds, was shaky out of the box against Michael Alva. He went down 4-0 and was on his back, but was able to capitalize with a reversal and subsequent stick that Alva was never able to get out of. Brandenburg won by pin at 1:32.

Freshman Dom Gabriel made his debut at 138 pounds and battled well against the Grizzlies Coby Schmidt. He took the match to the final period before running out of gas and getting pinned at 4:45. Vicente Lopez was also pinned in his match at 195 pounds.

Holy Family will be back in action on Saturday at Berthoud. Every Saturday, the Tigers will be part of quadrangular dual meets (Covid rules dictate that only four teams can be on site at one time) and will dual Erie, Mead and Berthoud starting at 9 a.m.