BROOMFIELD — With a limited number of opportunities to put on the pads this season, the impetus to take advantage of each game is at an all time high.

The key is not to get caught looking ahead.

That would have been easy for the Holy Family to do on Friday night against the visiting Mitchell Marauders from Colorado Springs. The Tigers have a huge game looming in Week 5 at Lutheran, but took care of business in Week 4 with a decisive 63-14 win at Mike G. Gabriel Stadium.

Holy Family (4-0 overall, 4-0 Colorado League) ran early and ran often against the Marauders, who were pushed around at the line of scrimmage by the Tigers massive front. The beneficiary on Friday night was senior Trevin Johnson.

Johnson recorded his third straight 100-yard night, going for 183 yards on just 15 carries — five of those found the end zone. He scored three touchdown in the first quarter on runs of 30, 1 and 5 yards. The one yard run was set up after Jacob Lawver’s 40-yard punt return that almost went to the house.

After Mitchell (0-3, 0-2) scored on a 72-yard pitch and catch from Edwards Scott to Ralph Cushon, Holy Family went right back to work on the ground. Senior Matthew Mollendor, who had 72 yards on 10 carries, scored the first of his two touchdowns — a 10 yard burst — to cap the first quarter scoring.

Johnson would score touchdown number four early in the second quarter and his fifth and final touchdown early in the third would bring the 40-point mercy rule into effect, making it 50-8.

The Tigers didn’t throw the ball much on Friday night, mainly because they didn’t need to, but senior quarterback Michael White (6-for-9, 95 yards) did connect with Liam Gray for a 23 yard score late in the first half. And then late in the game, back-up quarterback Tyler Stevens hit Rocco Gabriel for a 41-yard score.

Kickoff for next week’s game in Parker against the Lions will be at 7 p.m. 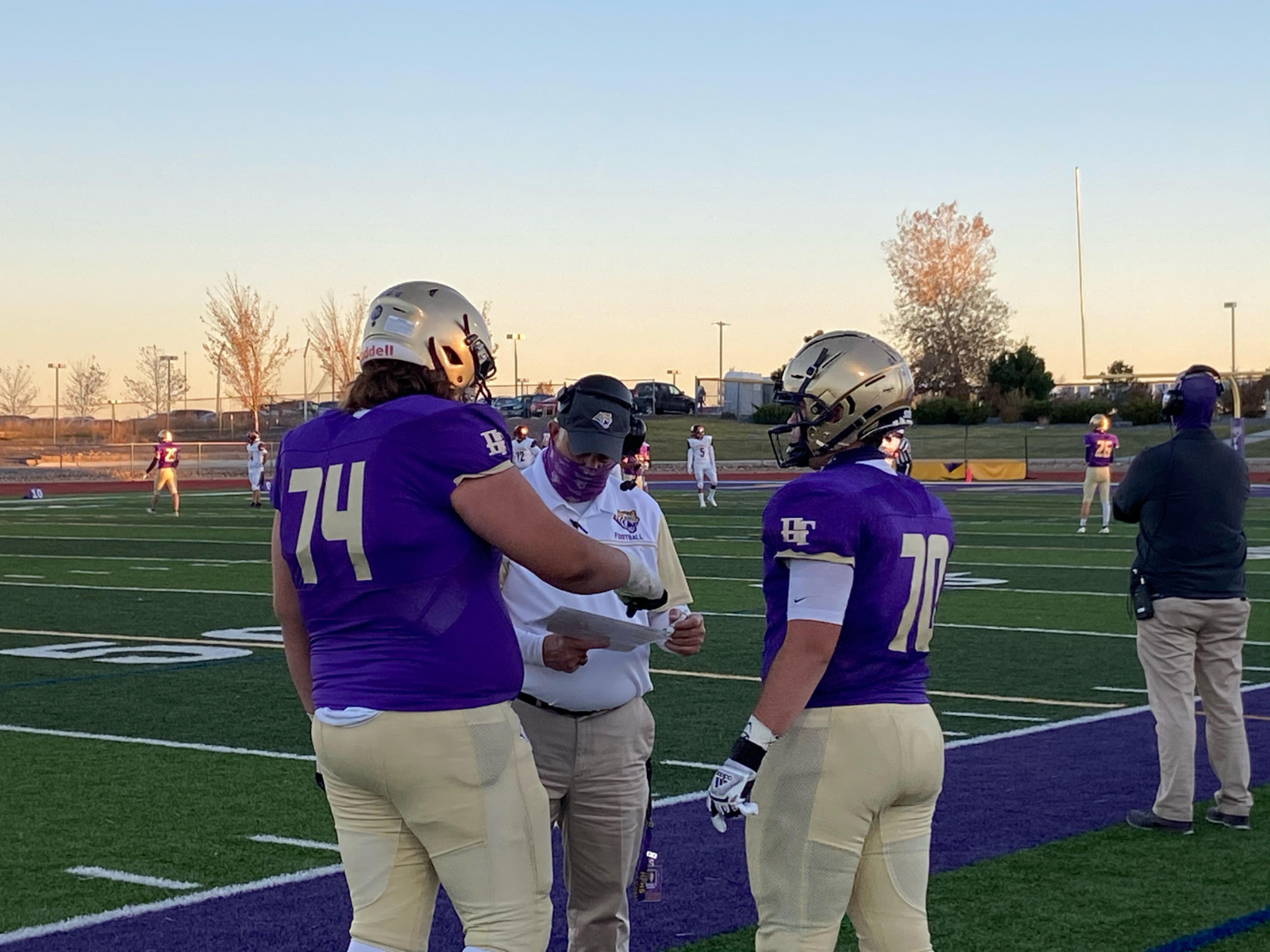