UNITED STATES AIR FORCE ACADEMY — If there has been one team over the past few season that has been a thorn in the side of the Holy Family Tigers, it has been Discovery Canyon.

The Thunder have had their way, outscoring the Tigers 87-55 in their last two meetings.

The Tigers buckled down on the defensive side of the ball against Discovery Canyon’s option attack, swarmed to the ball all night and beat the Thunder 29-3 at Air Academy’s K-Dome to improve to 3-0 on the year with the same mark inside the Colorado League.

“The defense came to play tonight and they did a great job,” said Tigers coach Mike D. Gabriel, who last tasted victory against Discovery Canyon in 2015 with a 64-60 win for the ages. “The defensive staff put a game plan together that really worked and the kids bought in and did a great job.”

The Tigers got contributions from all over the defense, from Jacob Lawver and Brody Welch to Brady Samaras and Justin Trostel. They never really allowed the Thunder to dictate the pace and wrapped up with their tackling in the open field.

Holy Family’s offense was clicking from the opening play of the game. Senior running back Trevin Johnson sprinted 63 yard on his first touch and was pushed out at the Thunder 2-yard line. One the very next play, Michael White hit a wide open Benton Daniel’s for the first score of the night.

The first of only two Discovery Canyon sustained drives all night resulted in a 33-yard Connor Clary field goal on the Thunder’s next drive. The only other drive of consequence, late in the third, that would have made things really interesting had they punched it in, saw sophomore quarterback Trevin Alessio fumble inside the 10-yard line.

“That’s a great football team historically and traditionally we’ve had good battles with them,” Gabriel said. “So I’m happy to walk out of here with a victory.”

While not 100 percent crisp, the Holy Family offense was effective all night long on the first really cold night of the season. They controlled the line of scrimmage with their bigs — including the likes of Cord Kringlen, Jacob Berry, Thomas Pittenger and Jon Hulquest — that opened up big lanes for Johnson and Matt Mollendor, as well as giving time to White to survey the field.

Johnson, who finished with 129 yards on 12 carries, scored midway through the second quarter to extend the lead to 13-3.

The Tigers made it a three possession game after three quarter on the strength of a 39-yard Liam Gray 39-yard field goal and a Daniels second touchdown catch of the game, an 11-yard hook-up with White.

To cap the scoring in the fourth, the Tigers for the second straight week scored a 90+ yard touchdown. White – who went 7-for-15 for 188 yards, 3 TDs, and an interception – ht a wide open Gray for a 91-yard score that put the final nail in the Thunder coffin.

Holy Family will be back home next week to play Mitchell on Friday night at 7 p.m. 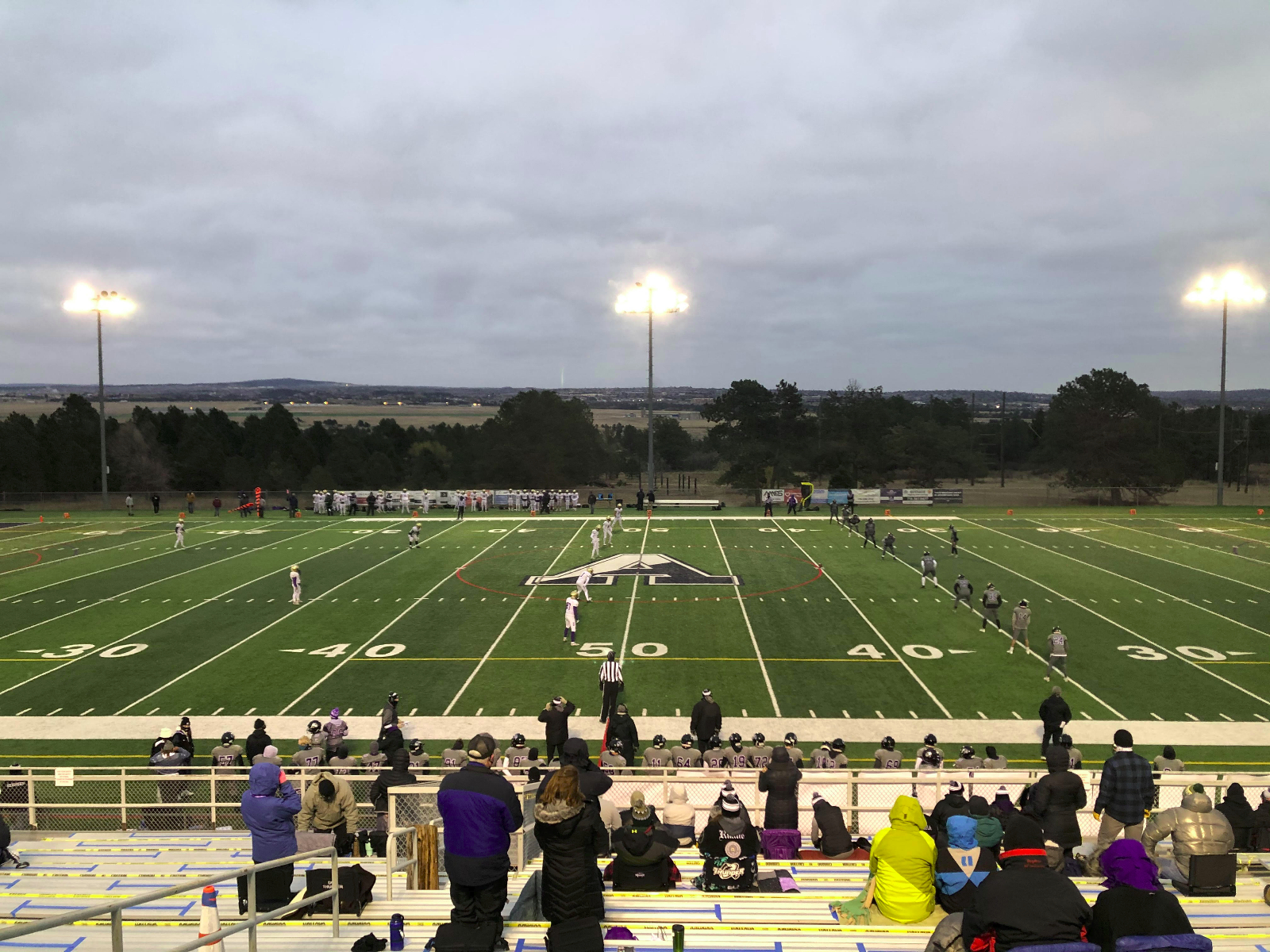