BROOMFIELD — The girls had heard it each of the last few days when they knew Silver Creek was coming back to Holy Family for a Class 4A state quarterfinal showdown … “It’s tough to beat a team three times in a season.”

Can we just put that to bed already?

How about, “It’s just plain tough to beat Holy Family!”

The Tigers scored early against Raptors pitcher Maddie Kuehl and then held with some late theatrics to win 3-1 and advance to the state semifinals. Third-seeded Holy Family (16-2) will play No. 2 D’Evelyn on Saturday morning at 10:30 a.m. at the Aurora Sports Park. The Jaguars beat Roosevelt 10-4 on Thursday.

Holy Family knew it was going to be a battle with the Raptors, who just five days ago wen toe-to-toe with the Tigers for the Northern Colorado Athletics Conference title in a 10-inning epic marathon that saw Holy Family win 4-3.

The key was for the Tigers to jump on Silver Creek ace and Loyola Marymount commit Maddie Kuehl early and that is just what they did. A one-out Tyler Whitlock single and subsequent stolen base put her in scoring position for Ava Kuszak, who delivered with a single of her own to score Whitlock.

Cassidy Chvatal then singled in what amounted to the game-winning run with a third consecutive single.

It was all she would need.

Chvatal was marvelous in the circle, and although there was traffic at times, she and catcher Abby Edwards worked harmoniously out of jams.

“I was pretty relaxed out there the whole time. I was thinking more about trusting the defense today and obviously it showed because I didn’t have as many strikeouts today,” said Chvatal, who still had six K’s. “I was looking for more efficiency to get those outs instead of having to go a long time. I din’t want to go 10 innings again.”

She pitched with runners on base in five of the first six innings — nobody further than second base — but always found a way to get the crucial outs when she needed them.

“It’s more of pitching to contact to have them make a mistake,” Chvatal said. “Just knowing that I may throw this curve ball and they are going to hit it to Carly (at second base).”

The Tigers got an insurance run in the fifth inning. Jaelen Giron reached on an error to start the inning and then moved to second on Annika Manzanares’ single. Then on a 1-0 pitch, Carly Eldredge dropped down a sacrifice bunt that Kuehl fielded and threw to first to get the out, but Giron never stopped running from second and scored after hurdling the catcher and diving back to touch the plate.

Things got interesting in the top of the seventh inning. The Raptors got a one out double to the gap from Jordan Dillow and then a two out single from Isabelle Martinez. Jordan Fisher would single next to score the Raptors first run. The Tigers then intentionally walked Kuehl, who has hit Chvatal well in each of the three matchups, to load the bases for MacKenzie Hunt … the same Mackenzie Hunt who hit a walkoff grand slam to beat Mead last week.

But Chvatal did her thing, and got Hunt to pop up to Lindsey Deau for the final out of the game.

“It feels special this year. Last year, there were a lot of us that were new to starting the game and it was different. Now we two state runs under our belts and I think we are ready to go and there is only one way all of these seniors are going to go out.” 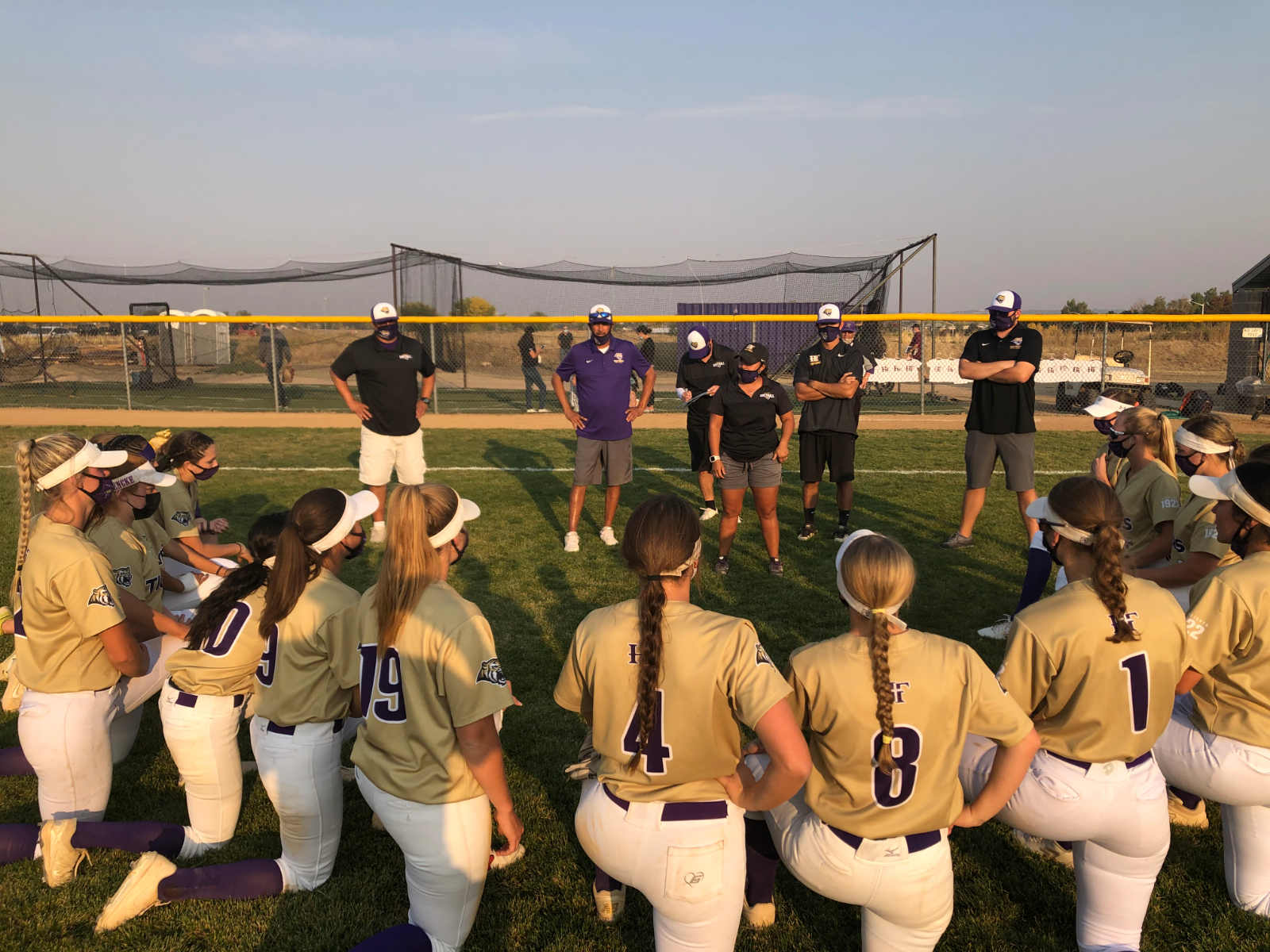