GUNNISON — The best part about a tough Day 1 at Dos Rios Golf Course in Gunnison, is that it allowed both Rudi Heitz and Jackson Grace to relax and have fun — simply just go play a round of golf — on Tuesday on Day 2.

With the nerves out of the way and the knowledge that sneaking into the top 10 might be a bit of a stretch, both of Holy Family’s state qualifiers went out and hit the ball well, and for Grace — playing his final high school round — was five shots better than his opening round 82, finishing with a 77. His total of 159 for the two days saw him finish tied for 28th overall and his third top-30 finish at the state tournament in his career.

“I’m disappointed, but I’m also thankful because it’s not common that you get to have learning experiences like this especially with my goals for my future,” Grace said. “And now going into the rest period and healing phase with my back, coming off of this tournament, I’ve learned so much. I’m very grateful to have played for Holy Family.”

Grace did a good job of limiting the damage that got him into trouble on Day 1 on Tuesday. The doubles and triple that ruined his Monday, only showed up once on Day 2, a double on the par-3 12th after a long wait on the tee took him out of his rhythm. Other than the one hiccup, Grace played smart golf all the way around, and just couldn’t get a birdie putt to drop all day — lipping out four.

Heitz, who was in the first group on Tuesday off of No. 1 tee, started his day with a bang. The freshman hit his opening approach shot to the par-4 first to within seven feet and then drained the birdie putt.

Heitz continued to knock it close all day, giving him chances to make more birdies, but the greens at Dos Rios didn’t do him any favors. He struggled on the greens both days with multiple three putts and even a four putt on Day 1.

The team title went to Colorado Academy, who rallied past opening round leaders Kent Denver to claim the title. St. Mary’s finished second and Kent Denver dropped to third.

Aspen’s Nic Pevny, who was the regional champion a few weeks back in Carbondale — where the Tigers played — was the only played in red figures over the two days and won by three shots over Montezuma-Cortez’s Thayer Plewe. 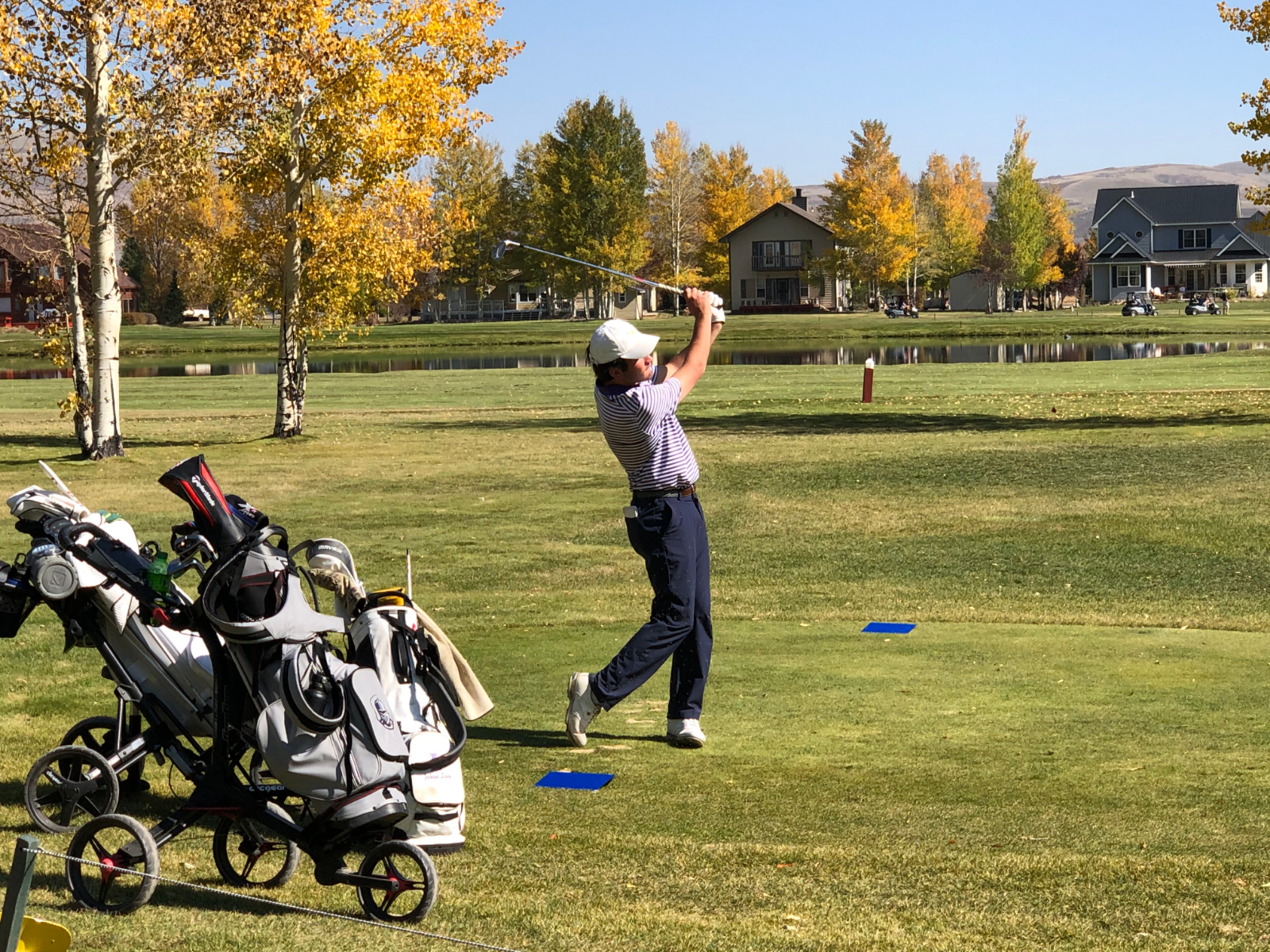