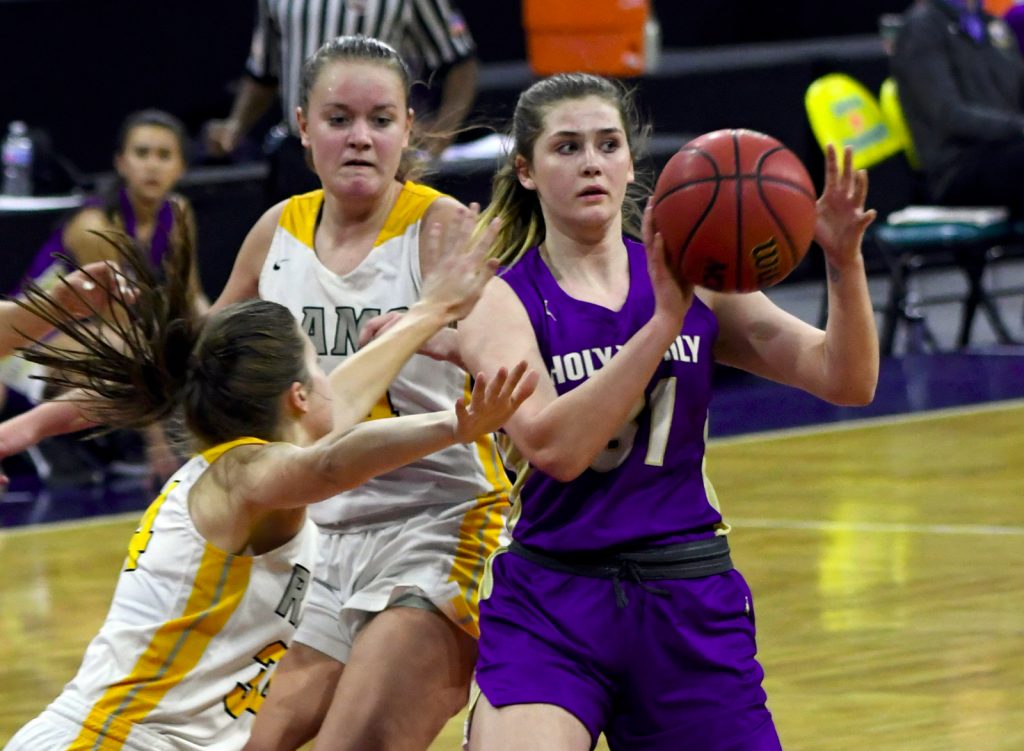 DENVER — If the Tigers win in the Final Four and nobody is there to see it, did it really happen?

You’re darn right it did.

With the pandemic coronavirus disease limiting the crowd at the Denver Coliseum to just friends, family and a few essential personnel — making one of the more bizarre settings in a state championship environment — the No. 7-seeded Holy Family Tigers dispatched of No. 3 Green Mountain 38-31 to advance to Saturday’s Class 4A championship game against fellow Catholic school Mullen at noon.

“It honestly felt like a summer league game,” said Tigers coach Ron Rossi, who has six state titles and over 500 wins to his credit.

The Tigers did what they’ve done all season to earn the victory … they played defense.

They held the Jefferson County League champions, who came in averaging close to 60 points per game to half of their usual total on just 10-of-40 (25 percent) shooting. 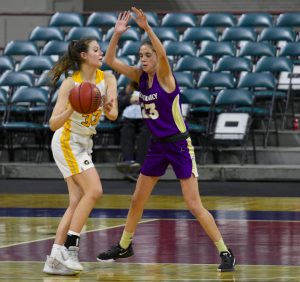 “All year long, sometimes our offense disappears, but like the old cliche goes, defense wins championships and no doubt, that was a factor,” Rossi said. We defended well inside and hits a few (jumpers) that we didn’t like.

“The girls poise was really good.”

Holy Family (21-6) never really created a ton of separation from the Rams and carried just a slim 19-15 lead to the final eight minutes of the game.

It was then, and only then that the Tigers finally opened up the offense against an equally stingy Green Mountain defense that frustrated Holy Family for occasional stretches.

Holy Family saw the lead grow to eight points with six minutes to go, when Alyssa Wells hit the one and only three-pointer of the game for the Tigers to put them up 25-17.

“It was just such a weird game, both teams just couldn’t score,” said Rossi, whose team was a mere 1-of-18 from beyond the arc. “But the kids played with a lot of heart even though their fans weren’t here.”

Shortly after that three-pointer, Cecelia Aanerud — who was excellent on both ends of the floor — scored the last of her nine points with the only other field goal of the fourth quarter. The rest was done from the free throw line. 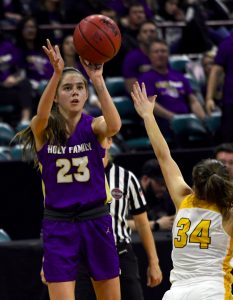 Every time Green Mountain would chip away, the Tigers got the ball in the hands of Alyssa Wells — who hit six of her 10 free throws down the stretch.

“Cece was great, Tyler didn’t have one of her better games but Alyssa stepped it up and Dylan did a great job of running the offense,” Rossi said. “I thought we made great adjustments to all the defenses they threw at us and it was certainly an advantage having been here last year — it didn’t look like it in the first quarter, but as the game went on, we looked more experienced.”

On Saturday the Tigers will face a familiar Mullen team that took them out in the semifinals last year by 19 points.

“We are on top of the mountain,” Rossi said, “Now we just need to knock them off.”

Game time on Saturday has been moved up to noon and it will be the same as Thursday, with just four friends/family in the building to cheer on their team again.

At The Denver Coliseum 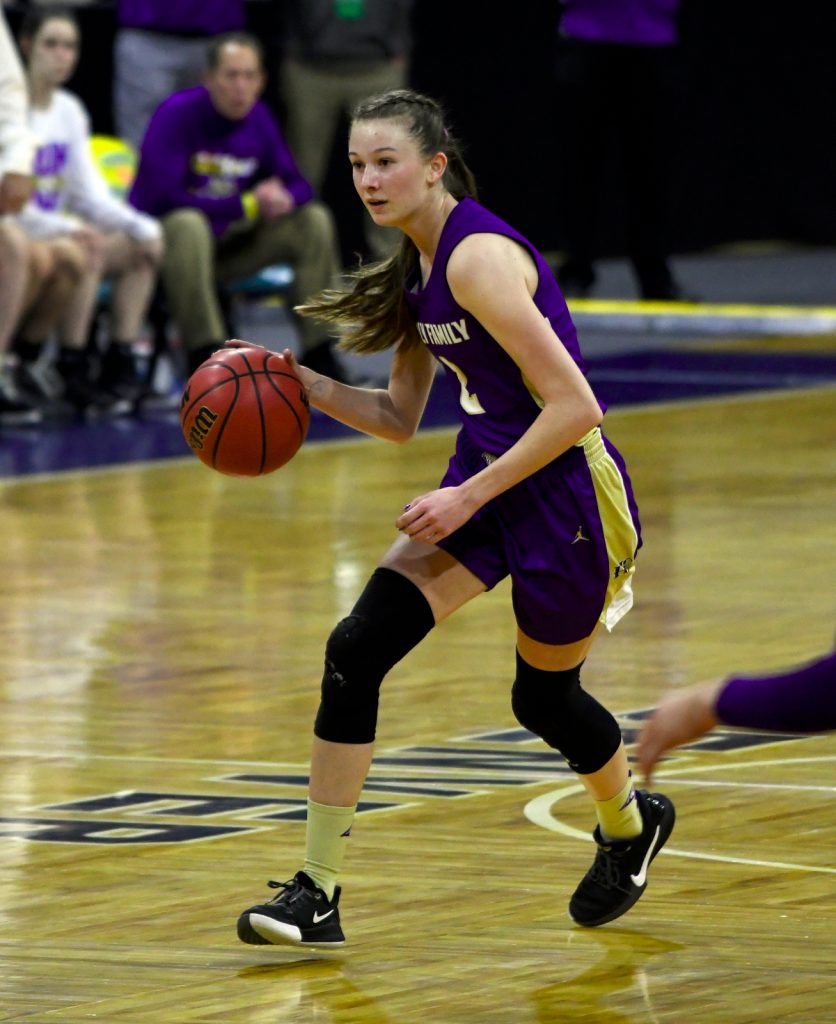