BROOMFIELD — It’s been a long time since a team has come to Holy Family for a double header of basketball and walked away 100 percent happy.

The Erie Tigers did on Tuesday night.

In the opener, the Erie girls behind the strong effort of junior Anna Hefner — who hit the game-winner with 12 seconds left — beat Holy Family 52-50 and beat the Tigers for the first time since the two teams have became Tri-Valley League foes in 2014.

In the nightcap, a frenetic finish that featured technicals, and time being put back on the clock went down to the final buzzer, but again it was the orange and black clad Tigers that prevailed by a final of 51-50.

On the girls side, Holy Family appeared to have Erie right where they wanted them in the final quarter. They were up clinging to a lead and had did a number on Erie’s two best offensive weapons — notably sophomore Grace Moyers. The other one fouled out early in the quarter.

Erie was creative on the offensive end in the final eight minutes and got the ball to Hefner, who scored nine of her team high 18 points in the fourth.

Holy Family just couldn’t pull away and its struggles from the free thrown line — 11 for 24 — was arguably the difference in the game.

“You know, you win twelve straight, you’re going to have a slip,” Holy Family head coach Ron Rossi said. “We know what next Tuesday (against Berthoud) means. It means we can take hold of first place because we still have a game ahead of them. Now we’re tied with Berthoud and Erie’s back one so if Erie can win Friday night, now we’ve got a three-way tie.”

The Tigers will have a week off to stew about this one before traveling to Berthoud to take on the one-loss Spartans.

The boys lost to Erie by 23 less than a month ago in their place, but came back on Tuesday night and gave the visiting Tigers all they could handle with a chance to win it late.

With the game all tied up going to the fourth quarter, Erie created its biggest separation of the game with under three minutes to play.

But there was absolutely no quit in coach Pete Villecco’s team and the home-standing Tigers had a chance late. After Cole Greany tied up Rylan Haines, he was called for the foul, but Haines took exception and was given a technical foul.

After Erie’s Kayan Hargrave made 1-of-2, Garrett Green came down on the other end and hit both of his to cut the lead to 51-50 with 18 seconds left and Holy Family to inbound the ball.

Holy Family got the looks it wanted on the inside, but nothing would drop for the Tigers and Jackson Ward, who had multiple looks.

After it appeared the the clock had run out, Holy Family was given the jump ball after a tie up and the officials put 1.4 second back on the clock. But it was all for not, as the inbound pass missed its target and Erie escaped.

Green score 22 points to lead the Tigers and Ward chipped in with 10. 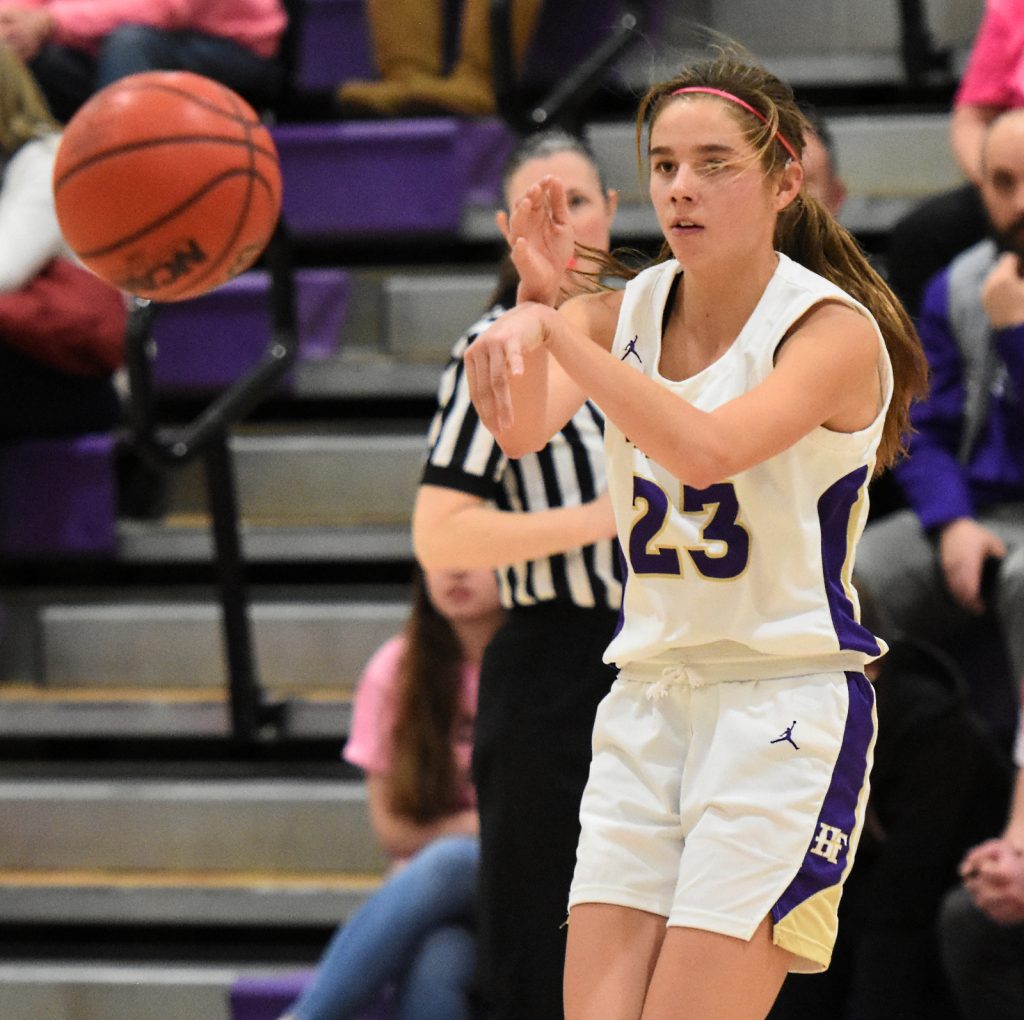