BERTHOUD — If the key to success in the post season is peaking at the right time, then the Holy Family wrestlers are right on track.

Saturday at the Diny Pickert Invitational at Berthoud High School, the Tigers placed four wrestlers overall — led by senior Hunter Branson’s third tournament championship of the month —  against some of the states best and finished ninth overall.

“They are all peaking at the right moment and its definitely showed today,” said Holy Family wrestling coach Jason Pedigo, whose team will host a Class 3A regional tournament on Valentine’s Day weekend. “In some of the past tournament, they are all out there battling and today was the exact same thing.”

Branson was again the star on Saturday afternoon. The senior spent all of 5 minutes, 15 seconds on the mat during his three match march to the title. He pinned Fort Morgan’s Garrett Fritzler at 1:41 in the quarterfinals and then got in a little extra works in the semifinals. He toyed with Moffat County’s Michael Voloshin for a period and half and wracked up 17 points en route to a 17-2 tech fall victory. 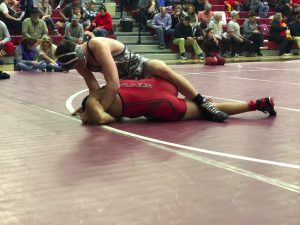 It set up a 170 pound championship match with Loveland’s Marcelo Espinoza-Diaz, whom Branson had dispatched of just two weeks earlier at the Frederick tournament.

Branson (21-1) made quick work of the Indians senior again, winning by pinfall in just 1:09.

“He strives on being to regionals and wanting to keep moving up and keeping the work ethic going,” Pedigo said. “He’s doing what he needs to, to keep motivated. And he’s a great leader on the team, keeping the other guys motivated.”

Senior Joe Szymanski reached the quarterfinals at 160 pounds, but ran into a familiar opponent in Berthoud’s Kyle Conlon. Conlon, wrestling in his own gym with his fans behind him, wiggled out of a compromising position and got Szymanski on his back early in the first and scored a 58 second pin. 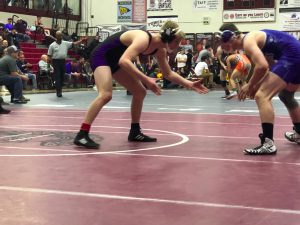 Szymanki would drop down to the consolation bracket, winning in the consolation semifinals to set up a third place match against Moffat County’s Pepper Rhyne. The Bulldogs senior would stick Szymanski with a pin at 1:25.

Sophomore Matt McCarthy (113 pounds) and junior Logan Erickson (120) would battle their way back through the consolation half of the brackets.

McCarthy lost his opening quarterfinal match and then won three straight matches, including an impressive 7-6 victory in the consolation semifinals over Dilan Bridwell.

In the third place match, McCarthy lost to Sterling’s Casteus Combs via pinfall at 2:08. 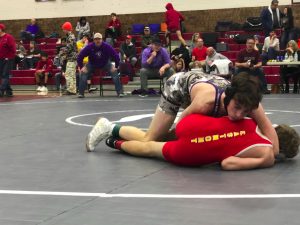 Erickson’s third place finish was made all the more special considering how he earned it. He lost in his opening match of the day to Elizabeth’s Briggs Winkle. He got a second chance at the Cardinals sophomore in the third place match and made the most of it.

Erickson rolled up Winkle with a strong headlock and returned the favor with a pin at 1:29.

“Matt placed again at another tournament, Logan beat that kid, so that was a good win and Hunter was out there again showing what he is capable of doing,” Pedigo said. “And the Joe is finally getting back into it.”

The Tigers will be at John F. Kennedy on Wednesday night and then at Frederick on Friday for their final Tri-Valley League dual. They will be travel to Gilcrest next Saturday for the Valley Viking Invitational, a tournament loaded with top talent from every corner of the state. 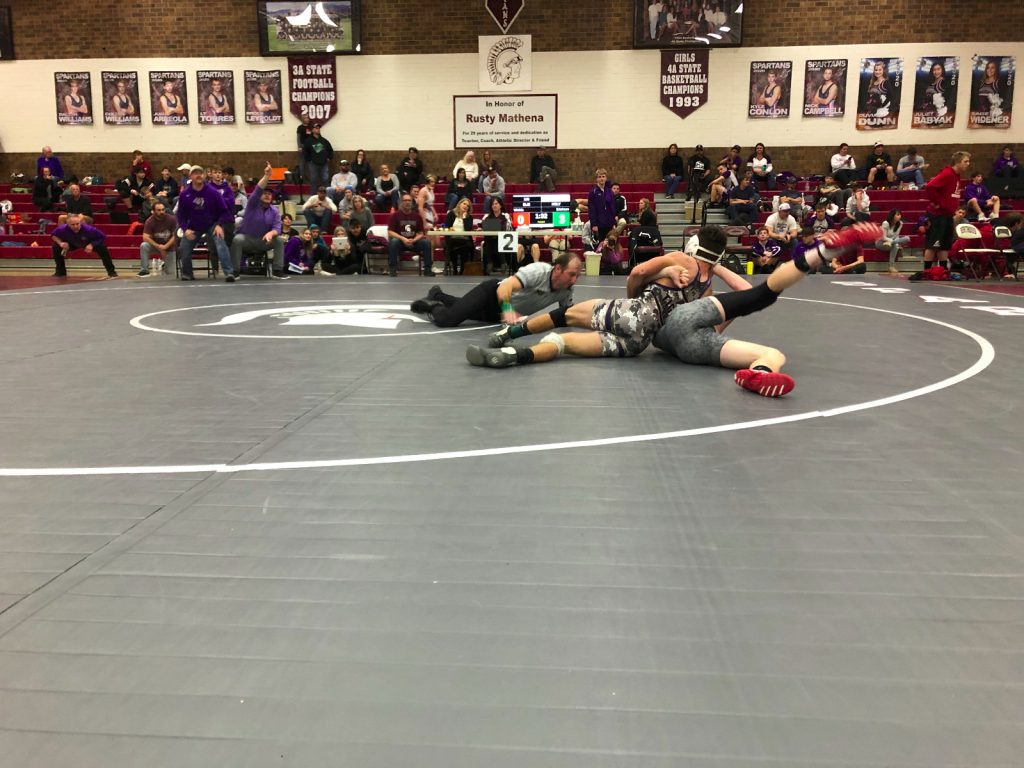