BROOMFIELD — Anyone that has crossed paths with Mitch Martinez over his 40+ years of coach in Colorado has likely seen him with a smile on his face.

It’s just who he is.

But there was a time when it took everything in his arsenal to make those 26 muscles in his face form that unforgettable smile.

The year was 2004, and Martinez was assisting his nieces Gold Crown team.

Practice was going well and near the end they were in the midst of some running drills. Martinez’s niece had her cousin there with them to routinely help out and was running with the girls as motivation.

Then he noticed something just wasn’t right. 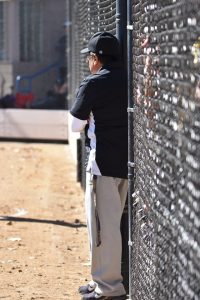 “I could see him leaning against the wall and breathing heavy and he just went down and by the time we got to him, he wasn’t breathing and there was no pulse. So we started doing CPR, a friend of mine and I, and we called 911,” recalled Martinez, of the young man who would eventually pass away.

It would be the first of a culmination of moments that started to take their toll.

“I think what happened is, is that I just held everything in and it wasn’t until two months later that I started feeling things that I had never felt before. A lot of anger and I don’t know why and it just went on and on and on,” he said. “I couldn’t focus. I couldn’t concentrate. I couldn’t sleep and that just made things worse. I was having a hard time doing just about anything.”

Martinez is reluctant to get into too much detail and for good reason.

But just three short years later, on the brink of the Holiday Break in Colorado, there was another incident and all of those suppressed memories that he and his wife Lillian thought has been washed away by time came flooding back.

And that’s when the realization kick in.

“I remember saying to her ‘I need to do something here, because I don’t know what is wrong’,” said Martinez, who married his high school sweetheart shortly after they graduated from Adams City. “She was always there for me and I put her through some tough and dark times.”

Said Lillian, an avid supporter of both Mitch and their daughter Anna – who were integral in helping the Tigers win the 2018 Class 4A state softball title: “I knew I needed to be there for him. It was tough. He didn’t want to get out a lot and he didn’t want to leave home. He was ready to just stop doing things, and that’s just not Mitch.”

Nobody ever wants to hear something is wrong.

But for Martinez, the diagnosis of PTSD (post traumatic stress disorder) along with a severe anxiety disorder was almost music to his ears.

He wasn’t making it up. This was real and now he had an answer.

“The scary part was not knowing. And you don’t say anything to anybody and (as men) we just don’t talk to people,” said Mitch, who wasn’t immune to self-medicating from time to time to ease the pain. “Finally I had that one moment, and I said ‘You know what, I’ve got to go get help.’ (Lillian) went with me and finally getting answers to know why this was happening and why I’m feeling this way was a huge burden lifted off my chest.”

THE ROAD TO RECOVERY

Martinez ended up in the best possible place to begin his journey with his newly discovered condition.

Holy Family High School has been a therapeutic refuge in so many ways. And even though he told Athletic Director Ben Peterson that he had no desire to get back in to head coaching duties when he got here, he stepped right in when the Tigers needed him.

“But it just came up and God called me to be here and I sort of felt like Jonah, running away, but he said no, I got something for you,” he recalls. “I did a lot of praying and I decided to take the job, and it was tough. There were days when I wasn’t sure I was going to make it.”

There are still times to this day that are tough. The game days themselves aren’t the hardest point he points out – because he says “I can focus on something specific.” But it was the days leading up, where his mind would wander and those fits of old rage would occasionally rear their ugly head.

“The mind gets going and it doesn’t stop. It won’t stop. I’ll lay at home all night and not sleep that much, maybe an hour or two, but it just goes and you get anxiety attacks,” he said.

The first on the list is his wife, who is around the school every day as a member of the Holy Family kitchen staff. 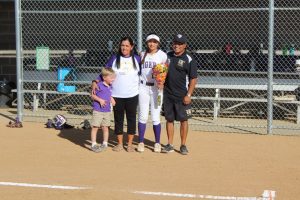 His mentor Bob Wathen, whose relationship dates back to the 1970’s when he was just learning the coaching ropes as a new coach after graduating from Colorado State University.

“He was one of my teachers and mentors as a coach and one of those guys that has showed me how to be real positive with kids and positive in life,” said Martinez of Wathen, who has been a part of coaching staffs at Holy Family for over a decade. “Just a big influence on my life.”

And finally the man he replaced as head softball coach Glen Ramos: “He has really showed me how to keep moving forward and feeling abundant joy with where you are at and not be consumed with woe is me. He has had a lot happen to him and he has been a big role model for me.”

HIS MESSAGE TO THOSE OUT THERE STRUGGLING WITH MENTAL DISORDERS

Martinez — who equated his daily life to being like a duck on the pond; calm on the exterior, but paddling like crazy underneath to make things work – kept his emotions and the details of his anxiety hidden from most, but has come to realize that if he can help just one person understand that they are not alone, then he is doing the right thing by speaking up.

“And that is the message that I am trying to get out to young men and women, is that it’s okay, that if you know something is wrong, ask for help,” he said. “That was my problem, I grew up and you’re a man – and I don’t want to sound sexist – but you don’t say anything, you don’t cry and I was having a difficult time trying to figure out what was going on by myself.

“I would say, you know yourself better than anybody else. And you know something is not right and it is okay to go talk to somebody. It doesn’t have to be a professional right away, maybe it’s not that bad. It scared my wife, but she was always there for me and there was people around me I could talk to. Go talk to somebody and don’t be afraid to say something is not right and I need to do something about this.”

And for those loved ones, who might see someone struggling, heed the words of advice from Lillian: “Hang in there and know that people are praying for you and are there for you. For me to simply say “I love you” went a long way and he knew I was going to be there for whatever he needed.”

Now comfortable in his own skin and with 40 years worth of memories in his coaching back pocket, Martinez is stepping away from coaching and handing over the reins of the Holy Family softball program to former Tigers standout Moriah Nguyen, who has been an assistant on his staff the past few seasons.

“It’s time. To just step back and there are some young people around here that are going to do great jobs for us,” said Martinez, whose 2018 state championship is his most cherished coaching memory and said is was something that he and Anna will always have that bond. “Just the fact the that most of the girls I had seen since they were younger and just to be a part of that. I felt like it was very rewarding and fulfilling and the fact that I was able to be a part of something like that.”

Thank you Mitch for having the guts to tell your story and for everything you do for Holy Family. 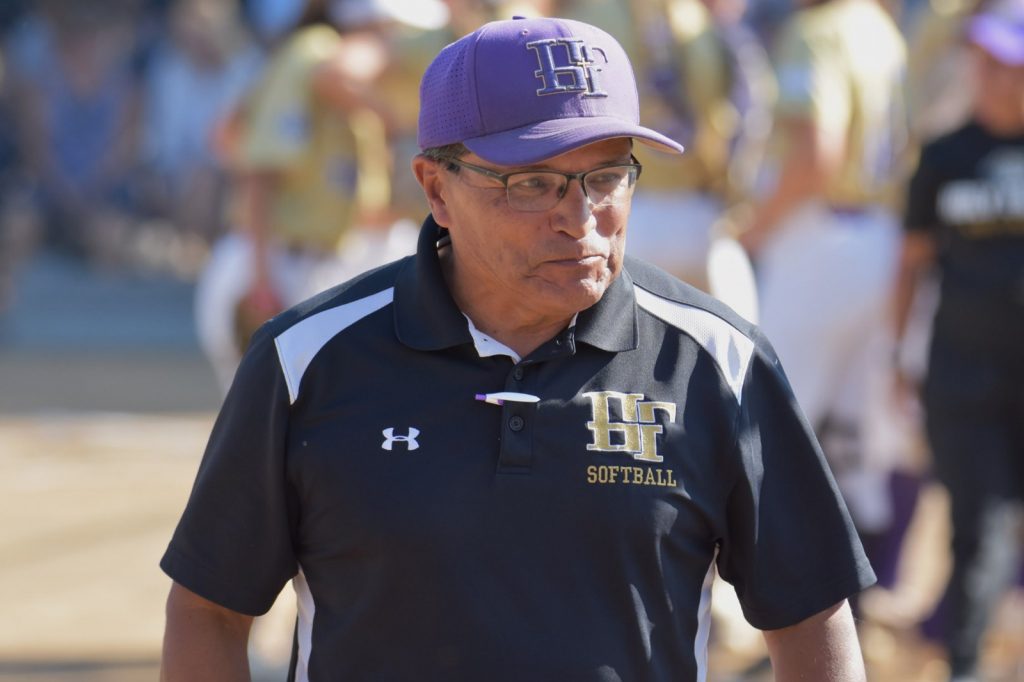