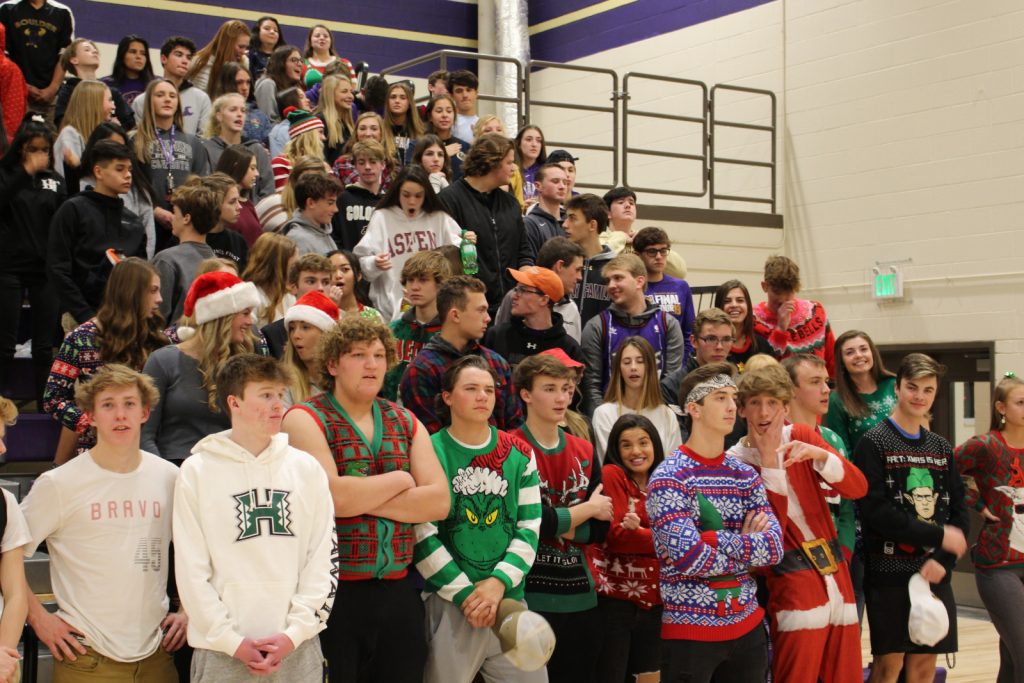 BROOMFIELD — There is just something magical about Holy Family’s gym.

On Thursday night, the Tigers got the chance to show off their new digs against a Class 4A Top 10 team from Centaurus.

Holy Family ran out to a big first half lead and then held on late against the Owen Koonce led Warriors for a nail-biting 56-52 victory to improve to 3-1 this season.

“The atmosphere was amazing and there was just tremendous energy,” said head coach Pete Villecco, whose team will travel to Pueblo West on Saturday for a date with the Cyclones. “Our kids were just energized from the get-go.”

Holy Family jumped out quickly on Centaurus, frustrating the Warriors and Koonce — the reigning BoCoPreps.com Player of the Year —  with constant double teams that seemed to frustrate the 6-foot-5 senior and led to several turnovers. Koonce had just two points in the first half and finished with 11.

The first real separation for the Tigers came late in the second half, when senior Jacob Van Handel caught fire from beyond the three-point. His teammates were quick to get him the ball, and he splashed three straight to turn a 20-15 game to a 29-15 game in the blink of an eye.

But Villecco and his team knew that the Warriors would make a run and they did in the third and into the fourth.

“(Koonce) is a heck of a player and we did a good job in the first half of getting the ball out of his hands and were sending a double at him every time he caught,” Villecco said. “They started finding shooters in the second half and we were a little slow on rotations and (Ryan) Vaver hit some big shots.

“They adjust, they are smart and they are well coached. We were fortunate to hang on.”

Centaurus cut the lead to one point on several occasions down the stretch — including with 30.3 seconds to go when Vaver hit a 3-pointer to make ti 51-50 — but could never get over the hill.

After a Holy Family turnover on the ensuing inbound pass, Centaurus appeared to grab the lead, but Koonce’s layup was waved off after the 5-foot-10 Cole Greany absorbed a huge charge after getting set under the basket to send it to the other end of the court.

“We felt like this was a barometer game,” Villecco said. “We haven’t played in 11 days and Centaurus had won six in a row. So this was where are we? I’m just pleased with how we played.

“Dom Nellis’ heart is just enormous. Anytime he is out there, we have a chance.”

Nellis is the catalyst that makes the offense go and on Thursday he finished with 11 points — including a big three-pointer in the fourth quarter after his calf cramped up — and 10 assists. Garrett Green led the way with 17 points, that included 4-for-6 from the line down the stretch when his team needed it.