Illness, injuries and other extenuating circumstances kept the Tigers from being full strength, but those that were there held their own.

The highlight of the tournament was sophomore 113 pound sophomore Matthew McCarthy, who finished fourth overall.

McCarthy (8-3 record for the season), received a first round bye into the quarterfinals and then went the fill six minutes with Prairie View’s Vincent Kalbon in the quarters, winning 6-4 to set up a semifinal bout with Loveland stud Kobi Johnson.

Johnson, who finished third as a freshman last season at Class 4A 106 pounds, had his way with the up-and-coming McCarthy, beating him 18-2 via technical fall just 1:40 into the first period.

McCarthy didn’t let it bother him. He came right back in the first match of the consolation round semifinals and and took care of Platte Valley’s Cass Cure 8-4 to advance to the third place match against Valley junior Javan Valdez, who had also lost in the semifinals. The Tigers sophomore settled for fourth, getting tech. falled again, this time 15-0 in the second period.

Minus 170 pound senior Hunter Branson (illness) and 160 pound senior Joe Szymanski (speech and debate tournament), the Tigers went to battle with some new names and held their own against a talented field that features a lot of bigger schools, including 5A stalwarts Rocky Mountain.

Junior Logan Erickson went 1-2, posting a victory int he second round of the consolations, but ultimately bowed out in round three.

Adam Bartoletta also was taken out in Round 3, losing 11-6 to Loveland’s Lawson Hayman  one round short of the consolation semis.

It was a big day for 152-pound newcomer Justin Trostel, who recorded his first two tournament pins in his first season. In the opening round he took down Centaurus’s Jacob Reid in 1 minute, 24 seconds and then in the first round of the consolations pinned Resurrection Christian’s Gavin Mitchell in the second period. 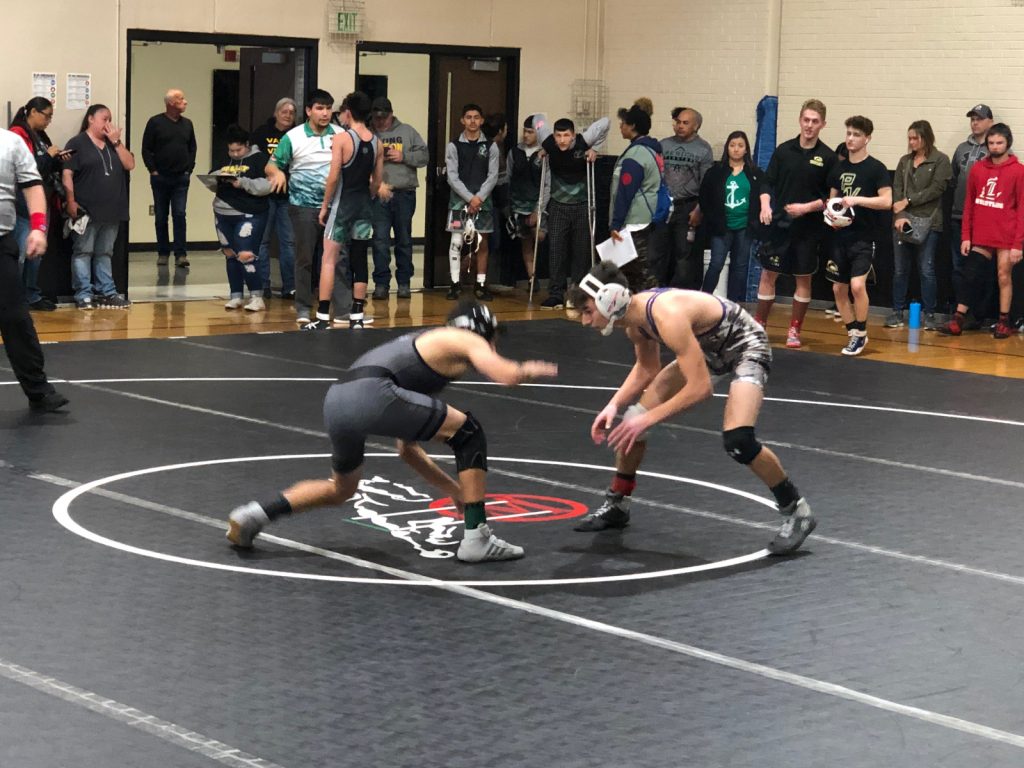