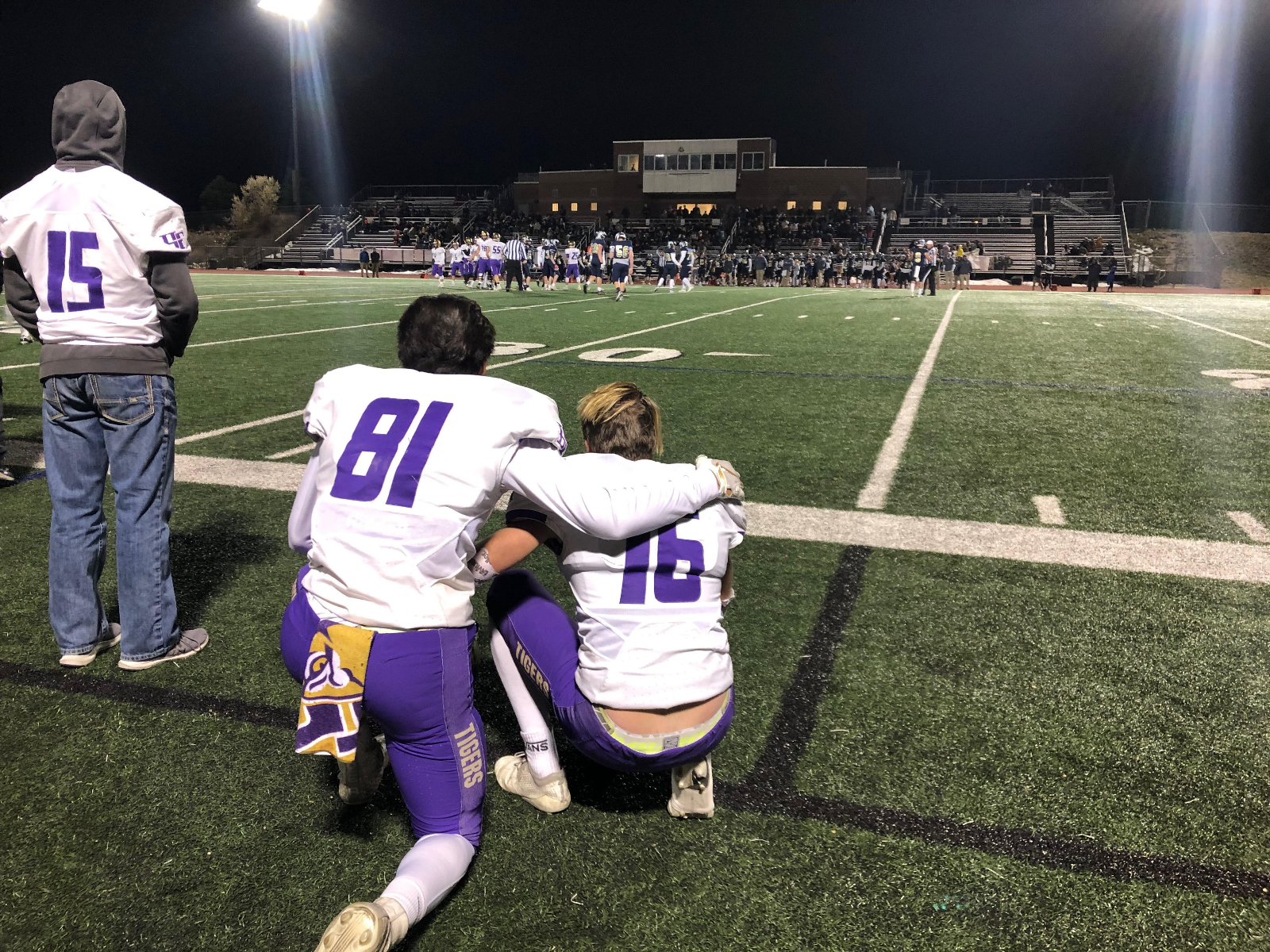 MONUMENT — It was going to take something special on Friday night at Don Breese Stadium.

And the Holy Family Tigers knew it.

The defending champion Palmer Ridge Bears were coming off a league championship defeat to Discovery Canyon in Week 10 and they may as well have been coming out hibernation … it had the same feeling.

The Bears were hungry for a win and the Tigers were their prey on Friday night in the first round of the Class 3A playoffs. Palmer Ridge rolled to a 63-7 victory and will advance to the quarterfinals to face the winner of Fort Morgan and Conifer next weekend.

Palmer Ridge had everything working for it in the first half. The Bears had eight possessions and scored on seven of them, using a combination of speed, power and opportunistic play calling. The lone drive they didn’t score? They were stopped on the 1-yard line after a brilliant goal line stand for the Tigers.

Palmer Ridge junior quarterback Luke McAllister shredded the Tigers defense in the first half, throwing for five scores and running for another. His multitude of weapons just kept finding ways to get open and turning the short passes into big gains and many times, touchdowns.

McAllister threw touchdown passes to Deuce Roberson (11 yards), Anthony Costanzo (30 and 16), Marcellus Reed (57) and Kaden Dudley (25) in the first half en route to a 49-7 lead that had the clock running for the second half.

The lone highlight of the night for the Tigers came after the Bears went up 21-7 on a Raef Ruel run, senior quarterback Calahan Carter hit fellow senior Braedon Peters in stride down the visiting sideline and the speedster made one juke around a defender and scored an 80-yard touchdown.

Carter, who struggled early on to complete passes, eventually finished 10-for-18 for 183 yards. He was picked off twice — including once in the fourth quarter by Dudley, who went 52 yards for the final score of the night — but did have the one touchdown pass to Peters.

It was a great run for the Tigers to get into the playoffs, winning their final two games to climb to No. 14 in the RPI.

It was a touch draw for the Tigers, whose season ended in the first round for the second straight season. The future looks bright for 2020, and despite heavy graduation losses, the Tigers bring back a number of key plays that will keep them competitive next year.