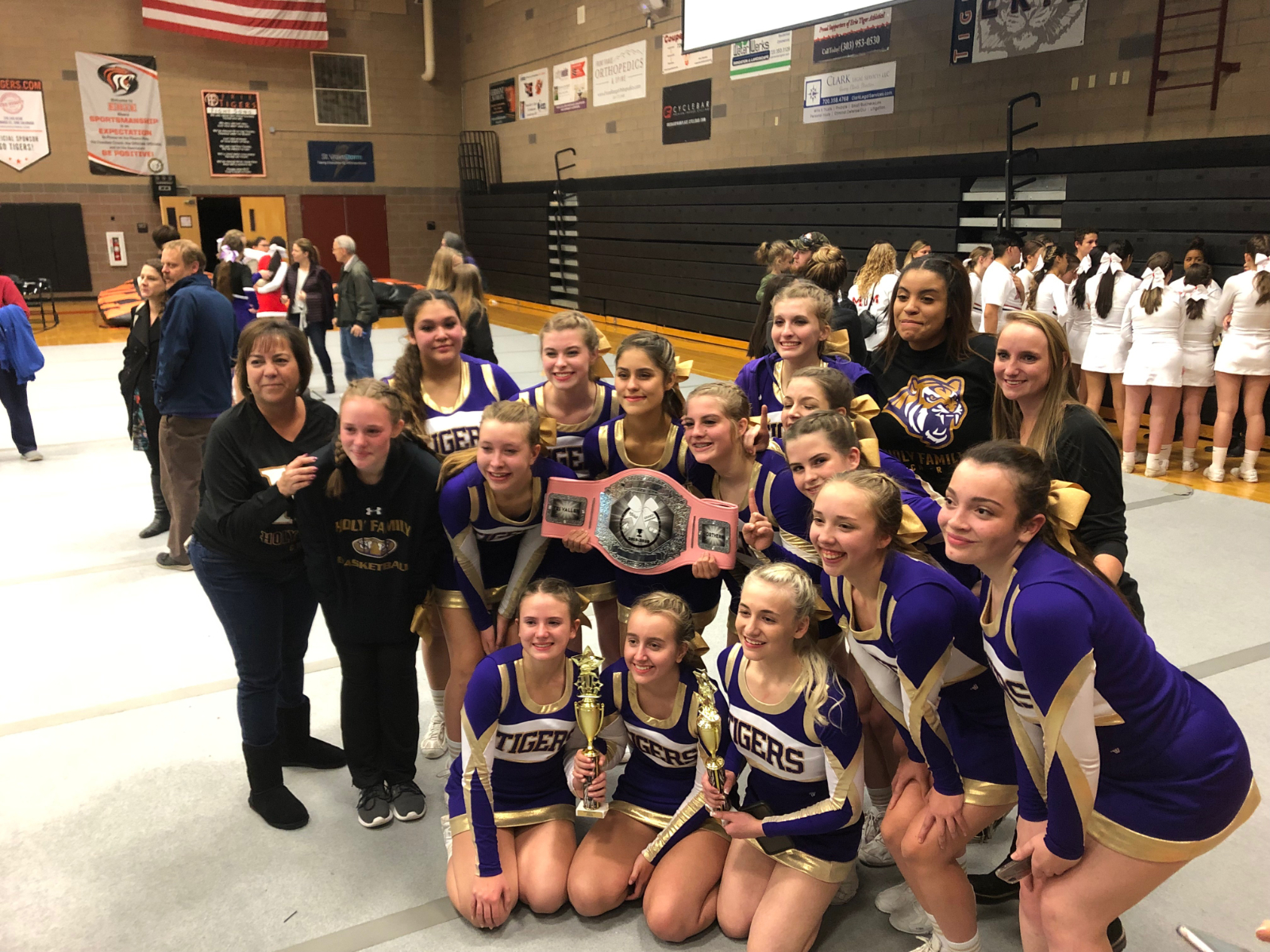 ERIE — As little as five short years ago, what happened on Wednesday night at Erie would have been merely a dream.

The Holy Family cheer team was in disarray and a long way from the state championship it won 2004.

That’s what made the night so magical.

“It wasn’t because we had a good routine, but just because everybody put us down so much, it eventually gets to you,” said senior captain Brooke Lovato. “It was so surreal (after their name was called) and worth it with everything that happened around this program.”

The Tigers took home the title in the Game Day portion of the Tri-Valley League/Northern League championships and they were also named the Grand Champion — otherwise known as the Best in Show.

The newly added Game Day discipline starts with a band dance and then announcer gives a cue (a football situation — and in the case of the Tigers on Wednesday night it was ‘the offense is driving down the field for a winning score) and then the school fight song. Team are judged based on motion, crowd effectiveness and basic execution, and are deducted points based on each.

The Tigers had zero deductions.

“Once the music started we all hit the claps on cue and that was something that we had been struggling with in practice,” junior Ally Merrion said. “I knew from there  we were in good shape.”

The Tigers didn’t have to wait long for results and after the 30 minute dance party that ensued during the wait, the murmurs of their performance began to spread through the Erie gym. 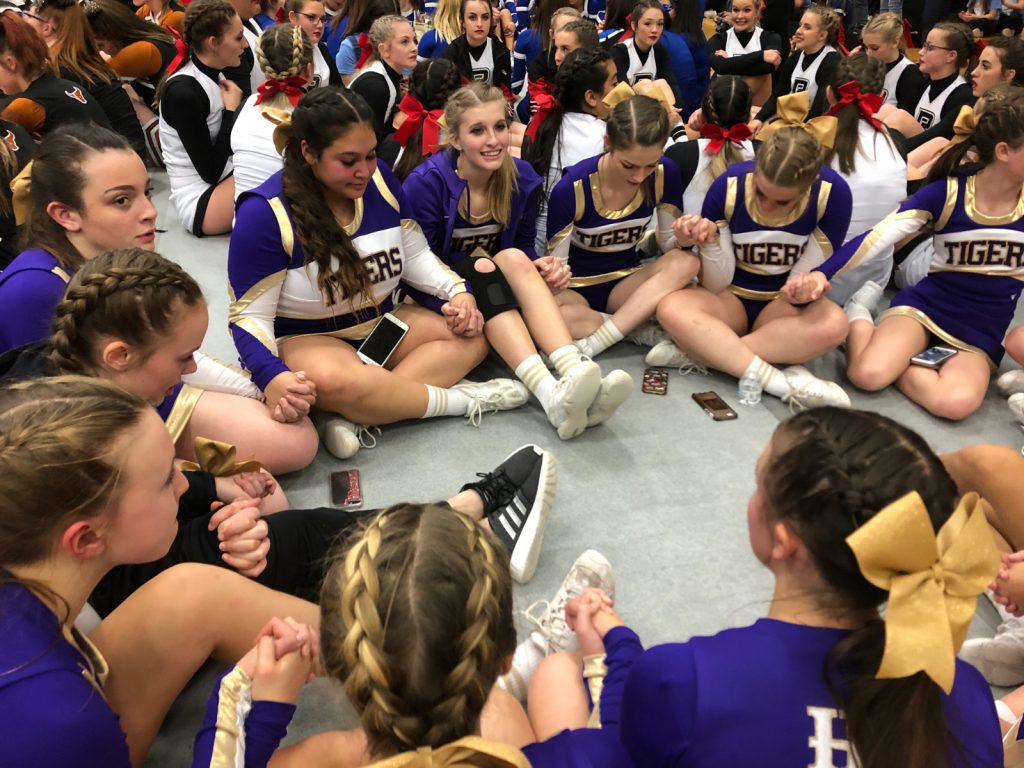 After a short wait and Erie was crowned JV and All Girls champions, Thompson Valley was the co-ed champions, Holy Family waited patiently to have their names called in the Game Day division.

They beat out third-place Frederick and second-place Windsor to win the title.

And a few moments later they were named Grand Champions.

“We usually don’t stick around for that, because we have never won anything before,” said Lovato, whose team was rewarded a wrestling style Pink Championship Belt. “It’s just weird to to win.” 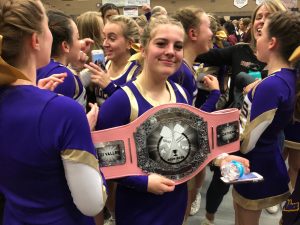 Up next for coach Lucy Nash and her Tigers will be the state competition at the Denver Coliseum on Friday December 6 at 4:18 p.m.