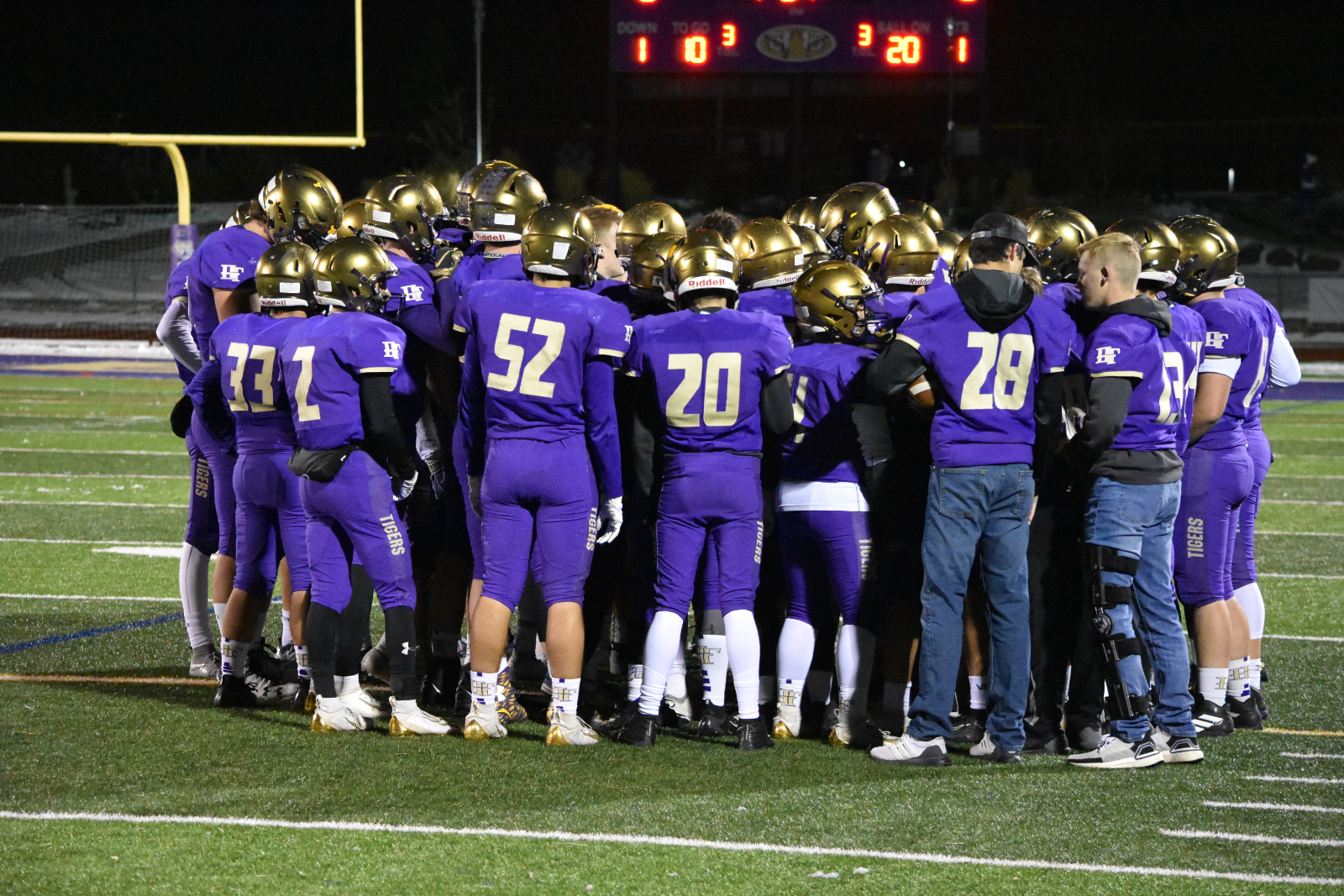 BROOMFIELD — The Holy Family Tigers will live to fight another week at least.

Hovering on the bubble of the CHSAA’s latest RPI standing at No. 14 — only the top 16 get into the playoff field — the Tigers controlled their own destiny in the final weeks of the season against the bottom half of the Class 3A North Metro League.

On Friday night, the Tigers made quick work of visiting Skyview, posting an impressive 55-6 victory over the Wolverines to wrap up the regular season 5-5 overall and 3-2 inside the league.

Holy Family will await their playoff fate on Sunday afternoon when the football committee convenes at CHSAA headquarters in Aurora to draw up the bracket.

“We look for one every single time and we are expecting that,” said Peters, whose last kickoff return to the house was last season against Discovery Canyon. “If everyon can maintain their blocks, even for a fraction of a second, Trevin (Johnson) or I can break one.”

After a Jacob Lawver interception on the next drive, Johnson would score the first of his four touchdowns with a six-yard run right at the heart of the Wolverines defense.

Peters showed off the legs again later in the first quarter, taking a short pass from quarterback Calahan Carter and going 47-yards around the Skyview defense for a score.

Skyview didn’t show any quit and strong-armed quarterback Brandon Gutierrez hooked up with Eric Huizer to get the Wolverines on the board.

And it looked like Skyview might have the Tigers on the ropes briefly after the had them backed up to their own 2-yard line, but Holy Family turned in its longest play from scrimmage of the season. Carter hit Oscar Sena in stride on a go-route that went 98-yards to make it 42-6.

The Tigers would invoke the 40-point mercy-rule running clock in the final seconds of the first half with Johnson going in from 13-yards out.

The Tigers are most certainly primed to be in the playoff field, but they know and understand that their first round opponent next week will look nothing like their previous two foes, Northfield and Skyview.

“Everyone going in is 0-0 and it’s a clean slate,” Peters said. We know we are going to play a tougher team in the first round. But I believe if we go out and set the tone early and we take care of our individual responsibilities, we can come out and surprise some people.”