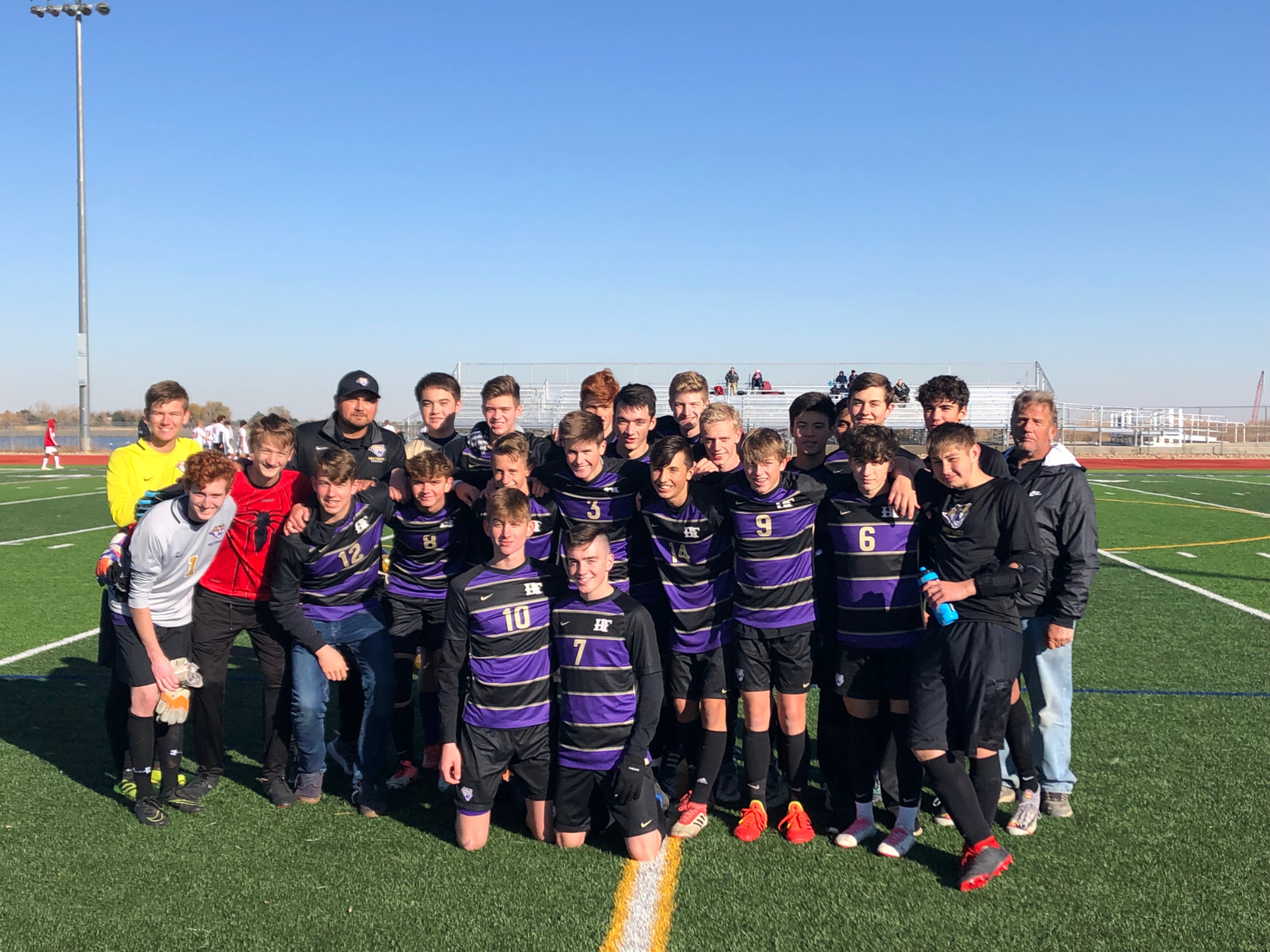 BROOMFIELD  — It’s been a long time coming for the Holy Family Tigers.

And on a brisk Thursday night, they checked off box No. 1 of preseason accomplishments, winning the Tri-Valley League title in convincing fashion over the only team that could ruin their chance, Loveland, by a final score of 6-2.

“It feels great and this whole team worked so hard,” said sophomore Garrett Havens, who scored twice and assisted on two more in the red letter victory. “We just put away a 13-1 team to do it too, it feels really good.”

The Tigers, who entered the evening at No. 9 in the latest RPI — the ranking that determines playoff seeding, finish the regular season 13-2 overall and a perfect 8-0 in the league. They will await their playoff fate when the CHSAA draws out the Class 4A bracket over the weekend and they will likely host a first round playoff game on Wednesday.

The Tigers wasted little time in establishing the run of play against the Indians, who came in with TVL title hopes of their own. It wasn’t until the 13th minute that Holy Family was able to break the scoring ice.

An absolutely stunning ball from junior Kiernan Opp was played perfectly over the top of both the Loveland midfield and defense and was run on to by Havens, whose deft cross was right on target to speedy striker Alden Bennett. The freshman finished with ease past Indians senior keeper Nick Barbattini.

The score would stay that way until the waning seconds of the first half.

And on senior night, it was fitting that Cole Greany would have a hand (or foot, if you will) in the biggest match of the season for the Tigers. His tally, with seven seconds to go before the break made it a more comfortable 2-0 lead for the home side.

“That was huge, it made a big difference,” Havens said. “It changed the whole dynamic of the game.”

The Tigers would pour it on in the opening 15 minutes of the second half. Jacob Heinis was johnny-on-the-spot for the Tigers third goal. After Dylan McIntosh took a short direct free kick to the corner flag, his cross deflected off a Loveland defender and forced Barbattini to make a save that came right down to Heinis, who was parked on his near post for the tap in.

The lead grew to 4-0 in the 54th minute when Havens’ cross through the box was on point to Greany on the far post, and the senior captain bagged his second of the night past a flat-footed Barbattini.

Havens, already with two assists, would score two of his own down the stretch to put the game away against a Loveland team that kept fighting until the very end.

On to the playoffs, where the records reset and the regular season doesn’t mean much of anything. The Tigers are a confident bunch heading into the playoffs and will be a tough out for a lot of teams.

“We need to be a little more confident on defense and make sure we work together to not allow those easy goals like we did tonight with their second,” Havens said. “We can go all the way, there is no doubt.”