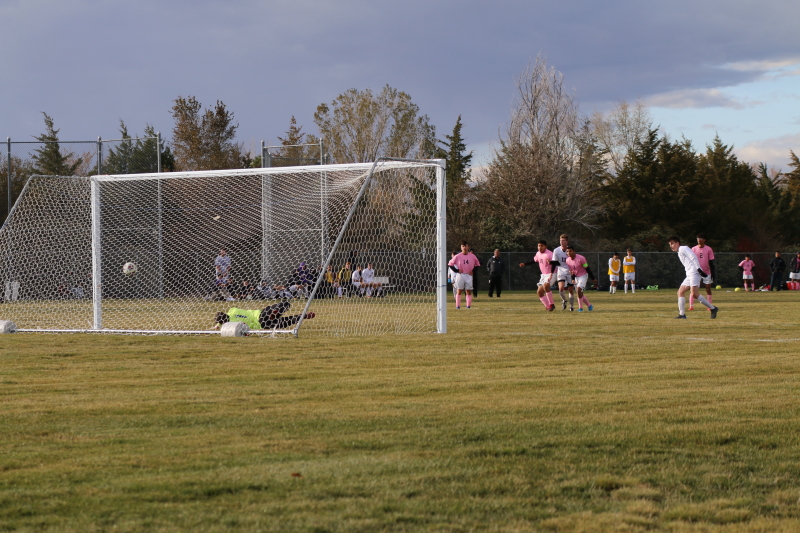 FORT MORGAN —  A strong northerly wind may have had more impact on Monday evening’s game between the Fort Morgan Mustangs and the Tigers.

Choosing to play with the wind in the first half the Tigers found the necessary adjustments hard in the opening twenty minutes before Cole Greany was fouled in the box and converted his own kick to start the scoring.

The Fort Morgan squad were creating pressure on the Tigers defense without troubling Liam Burns in goal.

A lovely second in a short cameo from Alden Bennett following a slide-rule pass from Dylan McIntosh saw the Tigers reach the 40 minute mark two goals up.

The coaches expected that playing into the wind might actually force the Tigers to get the ball down and knock it around.

The Tigers dominated possession and territory in the second half, creating many opportunities (possibly a few more penalty kicks…) a second goal from Greany followed neat buildup play from Alex Troso and McIntosh. The latter finished a solo move a few minutes later before Enrique Garcia cracked a 30 yard screamer off the crossbar that fell to Jacob Heinis to calmly close out the scoring.

Thursday’s rescheduled match with Loveland (12-1; 5-1) closes out the regular season. The varsity matchup promises to be quite a battle – it’s also senior night for our boys. Varsity kickoff is at 4 p.m. Come fill the stands and support the boys. 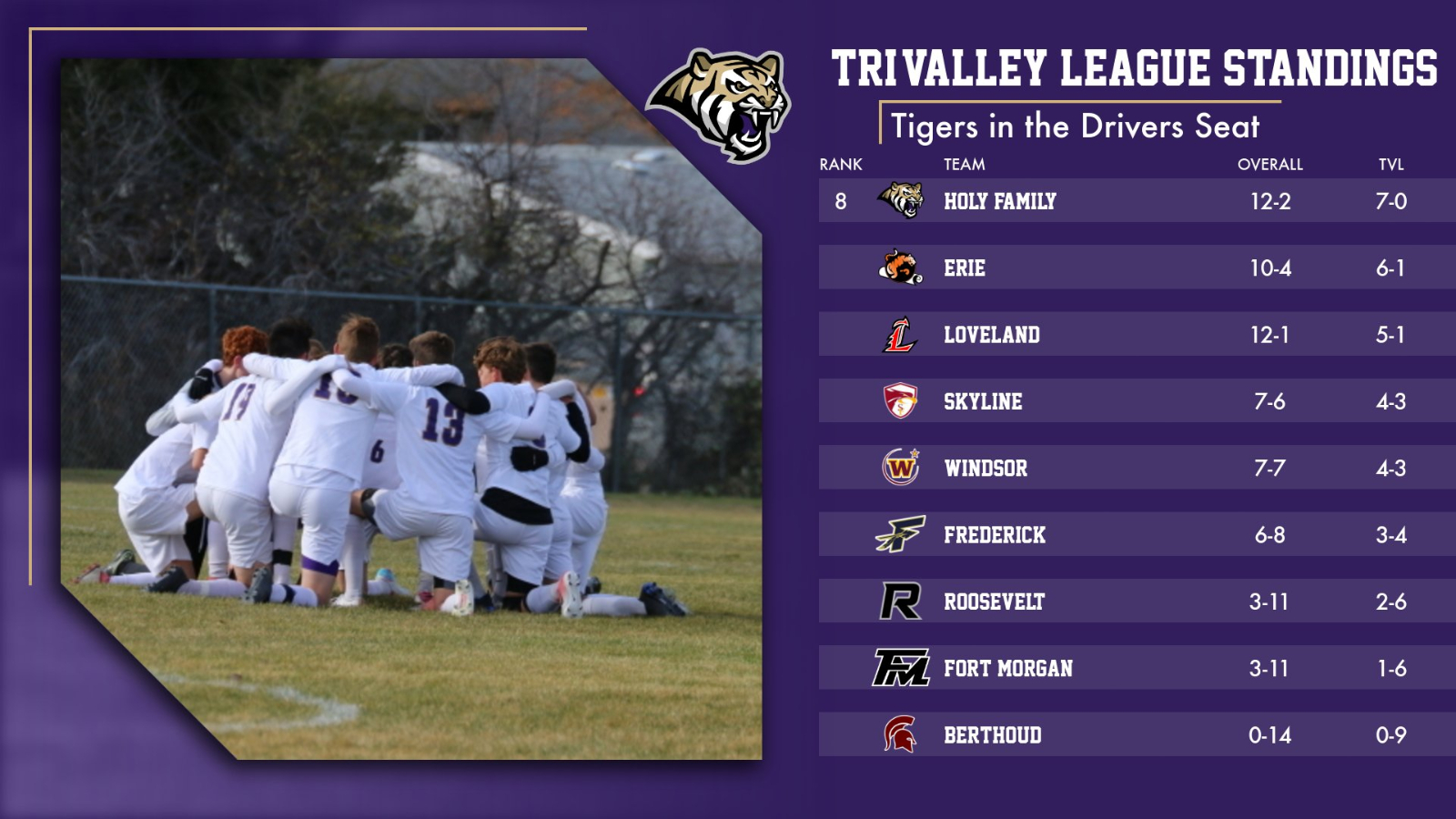